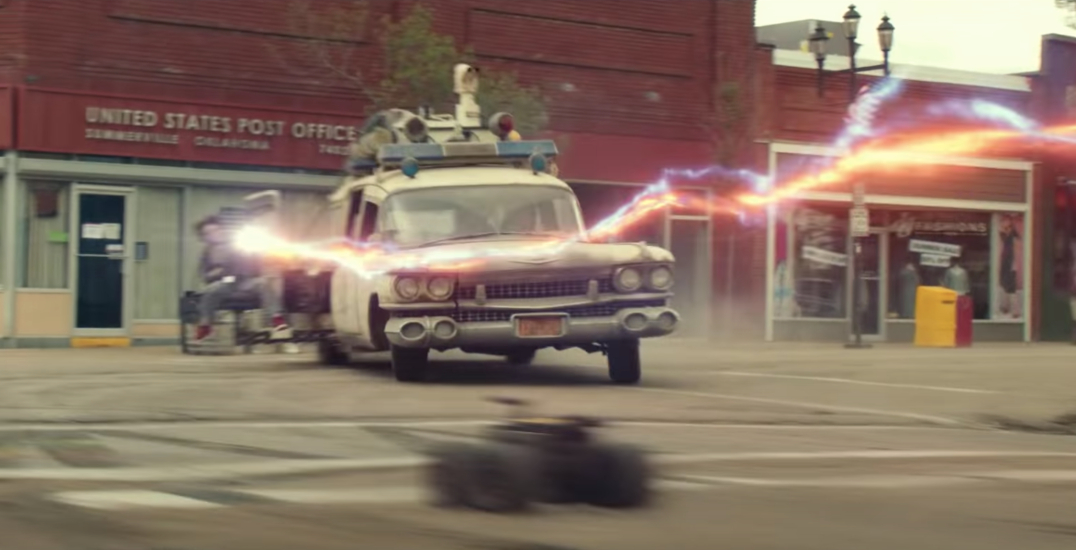 If there’s something strange in your neighbourhood, who you gonna call?

The new trailer for Ghostbusters: Afterlife has been released, and the answer seems pretty obvious.

After being delayed by the COVID-19 pandemic, the latest trailer for the Jason Reitman-directed flick confirms the sequel will arrive in November.

Reitman, who was born in Montreal, is the son of filmmaker Ivan Reitman, the director of the original Ghostbusters movie from 1984 and its 1989 follow-up, Ghostbusters II.

The Ghostbusters: Afterlife trailer gives audiences a glimpse of Phoebe (McKenna Grace) and Trevor (Finn Wolfhard), who discover their grandfather’s iconic Ectomobile before opening up the world to ghosts, ghouls, and monsters — originally kept at bay by the original Ghostbusters team of Dan Aykroyd, Bill Murray, Ernie Hudson, and Sigourney Weaver some three decades ago.

The original cast members are slated to appear in the sequel, and we get a glimpse of that through the trailer.

The flick, which also stars Carrie Coon and Paul Rudd, will be released exclusively in theatres on November 11.