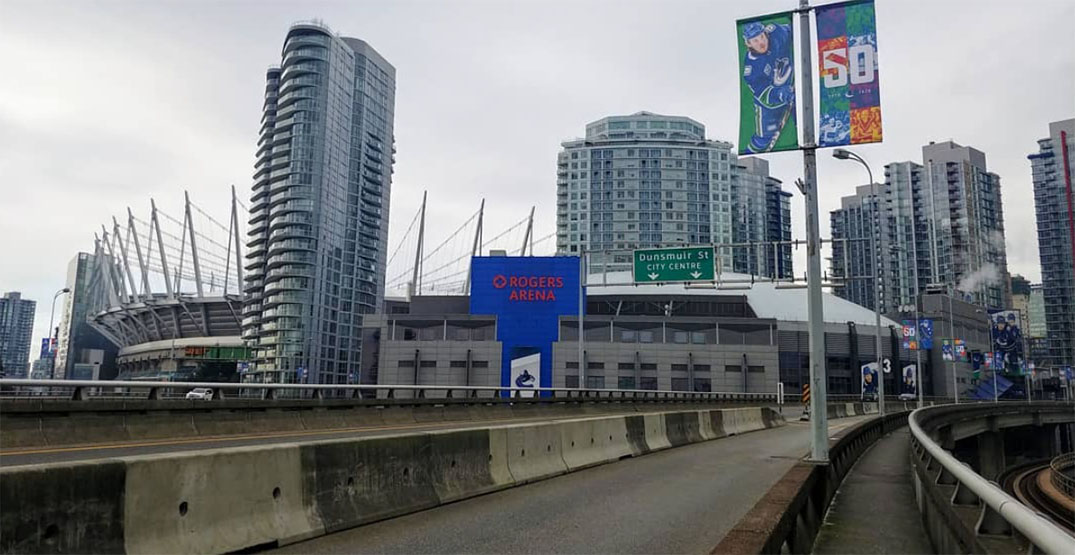 Protesters closed the Georgia Viaduct to traffic Saturday morning for a demonstration honouring Black lives lost and honouring the Black community of Hogan’s Alley whose residents were displaced when the viaducts were constructed.

The Vancouver Police Department tweeted around 9 am that drivers should avoid the area because the bridge connecting East Vancouver to downtown is closed to traffic.

#VanTraffic: Traffic is closed in both directions on the Georgia Viaduct due to a protest. Drivers are advised to avoid the area.

Images shared by organizers on Instagram indicate the demonstration is in support of Black Lives Matter Vancouver’s list of demands to the city of Vancouver. Protesters are trying to block the intersections of Georgia and Citadel, Main and Union, and Gore and Prior.

The location was chosen to honour the Black community of Hogan’s Alley that once existed in the area. Many residents were forced to leave when the city constructed the Georgia and Dunsmuir viaducts. 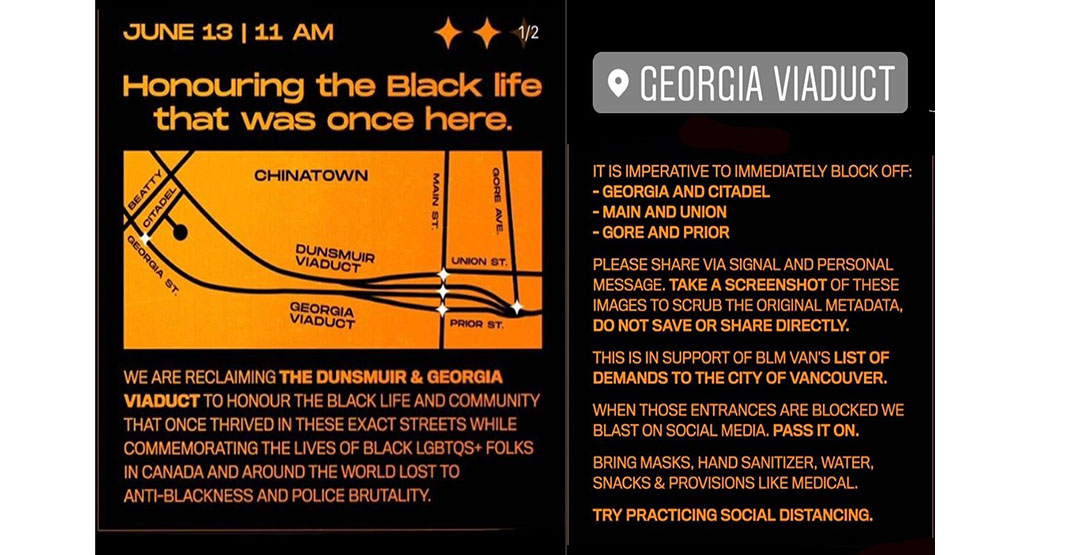