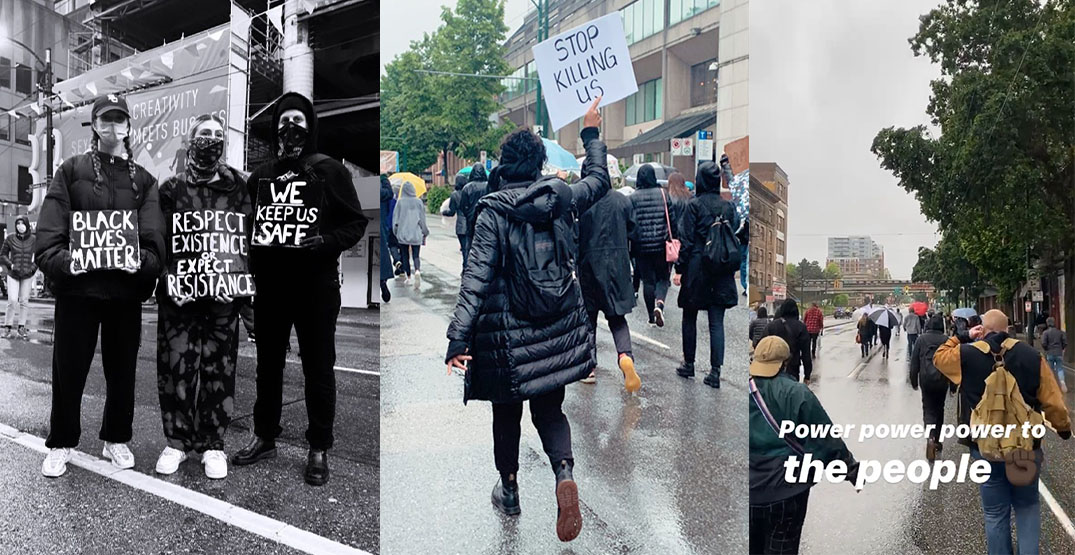 Local organizers are planning a demonstration Sunday afternoon at the Vancouver Art Gallery to demand justice for George Floyd, the Black man who died this week after a Minneapolis police officer kneeled on his neck.

The protest will start at 5 pm in Robson Square, and attendees are encouraged to wear masks and spread out for safety because of the coronavirus pandemic.

“It’s time to address racism in this country, and stop living in the belief that it doesn’t exist,” organizer Jacob Callendar-Prasad told Daily Hive in a phone interview

Callendar-Prasad plans to begin with a moment of silence to honour Floyd and other Black victims that have been killed due to police brutality before moving into speeches and calls for action.

He’s been working with the Vancouver Police Department to plan the event and anticipates anywhere from 500 people to a few thousand to attend.

“The support we are getting in for this outrageous,” he said. “My heart is so warm.”

He said the demonstration will remain in Robson Square instead of marching because he’s mindful of potential coronavirus spread and doesn’t want to inconvenience people commuting to and from work.

He also wants to minimize the chances of the peaceful protest turning violent.

“Do not start a riot,” he said in an Instagram video Saturday night. “Do not do anything that would assist in police presence to take people out of the protest.”

Callendar-Prasad believes the event could be a historic one in Vancouver.

“We are going to show the world that Black lives do matter,” he said. “Everyone should… be proud and carry yourselves proud. We are rising up. We are making a change in this world for the better.”

Sunday’s demonstration in Vancouver follows another protest Saturday afternoon and a large demonstration in Toronto demanding justice for Regis Korchinski-Paquet, a Black woman who fell to her death this week while police were responding to a call at her apartment.

Although the demonstrations support the Black Lives Matter movement, Vancouver’s BLM chapter has said it’s not participating in any in-person rallies at the moment because of coronavirus concerns.

“We do not feel that we can ensure the safety of our community in public protest at this time,” the organization wrote in an Instagram post. “Black Lives Matter EVERY DAY. Indigenous Solidarity, ALWAYS. Not just when we are collectively traumatized by another guileless savage gang of cops.”

There are also more demonstrations planned in Vancouver for next weekend. On Friday, June 5, Callendar-Prasad is also involved in organizing a protest in front of Trump Tower beginning at 5 pm. On Saturday, June 6, there is another march planned to start at the Vancouver Art Gallery, an organizer told Daily Hive.