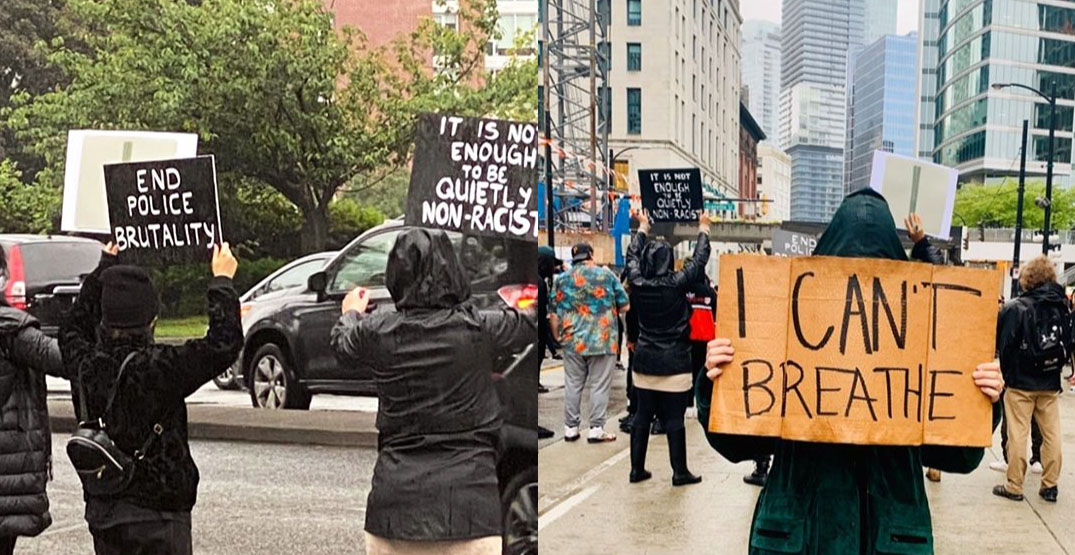 Protesters gathered at Main and Terminal Saturday afternoon and walked into downtown Vancouver in solidarity with demonstrations across North America demanding justice over George Floyd’s death at the hands of Minneapolis police.

Demonstrators carried signs demanding an end to police brutality and racism, and shouted “Black lives matter.” Many wore face masks and kept their distance from each other because of the coronavirus pandemic.

Once downtown, demonstrators lit a candle in memory of Floyd, who became unresponsive after officer Derek Chauvin kneeled on his neck during an arrest. Floyd’s death has sparked outrage and numerous protests across several US cities.

The Vancouver Police Department tweeted that the Vancouver demonstrators blocked the intersection of Main and Hastings at one point.

#VanTraffic: Protestors have taken over the intersection of Main and Hastings, and traffic is blocked in all directions. Drivers are advised to avoid the area.

Video from the scene also shows protesters blocking cars from turning near the McDonald’s at Main and Terminal, although one driver continued driving with demonstrators hanging onto their car. 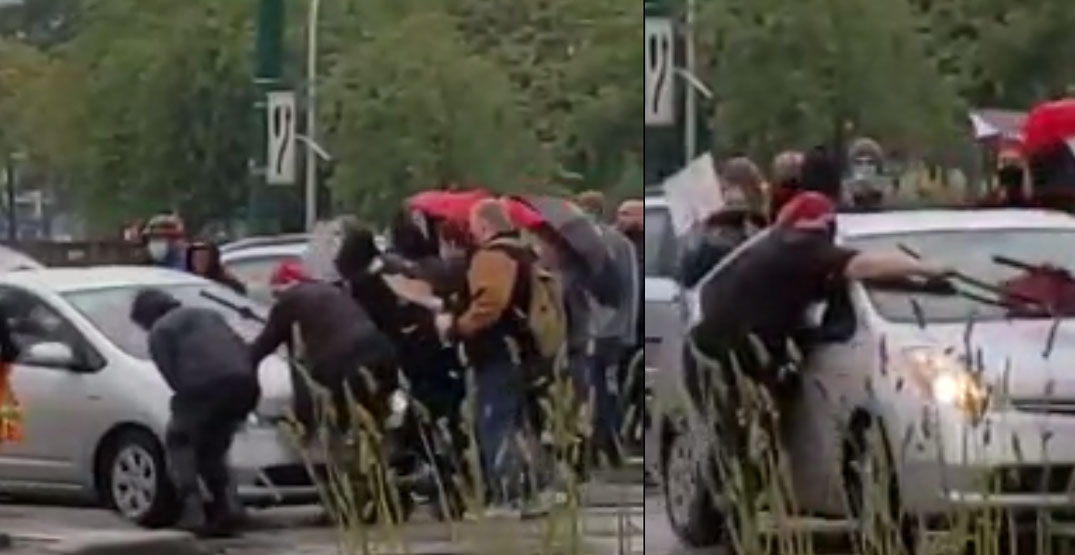 Protesters made their way downtown before the demonstration ended around 8 pm, according to Vancouver police.

Sgt. Aaron Roed told Daily Hive that no arrests were made at the demonstration.

Another demonstration is planned for Sunday, May 31 at 5 pm in front of the Vancouver Art Gallery, and a third for Friday, June 5 in front of Trump Tower.

Although these demonstrations support the Black Lives Matter movement, Vancouver’s BLM chapter has said it’s not participating in any in-person rallies at the moment because of coronavirus concerns.

“We do not feel that we can ensure the safety of our community in public protest at this time,” the organization wrote in an Instagram post. “Black Lives Matter EVERY DAY. Indigenous Solidarity, ALWAYS. Not just when we are collectively traumatized by another guileless savage gang of cops.”