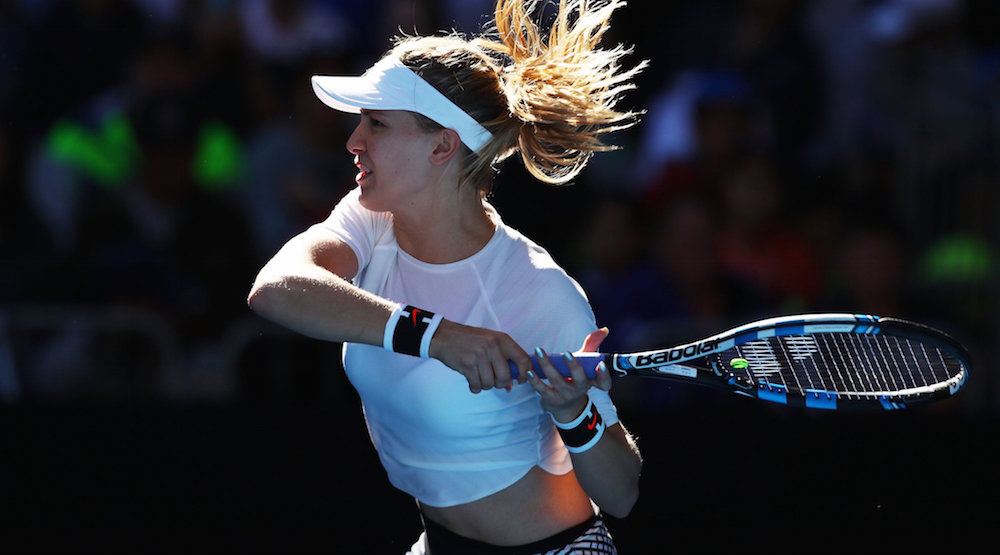 Genie Bouchard has never been someone afraid to speak her mind and tell it like it is.

With that in mind, we shouldn’t be surprised at her candidness when asked of her opinion on Maria Sharapova.

Sharapova, who has won 35 tournaments and made over $36 million on the WTA Tour, was suspended last year for doping. The 30-year-old tennis star is back playing tennis now, after serving a 15-month ban for taking meldonium.

Because of her time off, Sharapova needs to re-earn her way into many tournaments, but can circumvent the process with wild card entry at the discretion of tournament organizers.

That’s how she was granted entry into the Porsche Grand Prix in Stuttgart, Germany on Wednesday, and it isn’t sitting right with a number of players.

“I don’t think that’s right,” Bouchard said in an interview with TRT World. “She’s a cheater. I don’t think a cheater in any sport should be allowed to play that sport again. It’s so unfair to all the other players who do it the right way.”

You can understand Bouchard’s anger. Sharapova has won a lot of tournaments and made a lot of money, at the expense of other clean athletes.

“I think from the WTA, it sends the wrong message to young kids. ‘Cheat and we’ll welcome you back with open arms.’ I don’t think that’s right.”

The right thing to do, of course, is to make Sharapova earn her way back into tournaments. The hard way.

But money makes the world go ’round and there’s a curiosity factor with Sharapova’s return. She’s a big name and people want to see how she’ll perform after the time off.

Bouchard’s comments are even more scathing when you consider that she used to idolize Sharapova. But times have changed.

“I can say, (Sharapova is) not somebody I look up to anymore because [the doping scandal] definitely ruined it for me a little bit.”

With a wild card entry potentially on the table for the French Open next month, this issue will remain at the forefront until a decision by Roland Garros officials is made.