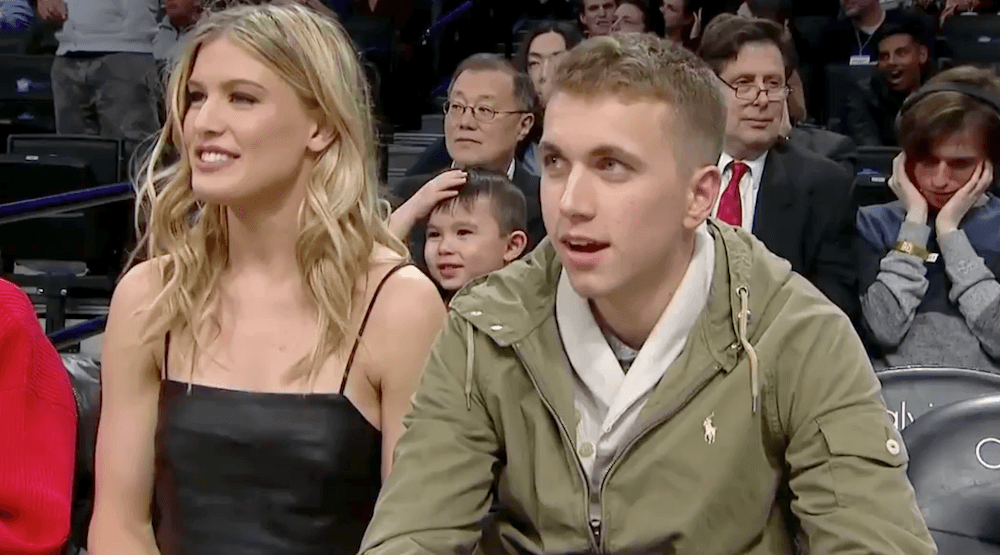 Genie Bouchard is a woman of her word.

The 22-year-old Canadian tennis star was overconfident in the ability of the Atlanta Falcons to hold on to a 25-point, third quarter lead in the Super Bowl earlier this month.

@geniebouchard if patriots win we go on a date?

Genie agreed, and the Patriots made greatest comeback in Super Bowl history.

To her credit, Bouchard has fulfilled her end of the deal, flying John in to watch Wednesday night’s Brooklyn Nets game in court-side seats.

“I hope it’s not awkward at all, and I hope we have a great time,” Bouchard told the local news in New York on Wednesday morning.

The date comes a day after Valentine’s Day, and on the same day as Genie’s debut in the Sports Illustrated Swimsuit Edition.

Hey @geniebouchard – way to stay true to your word.

Genie agreed to the date without knowing anything about John, but lucky for her, it appears that they’re getting along well with each other.