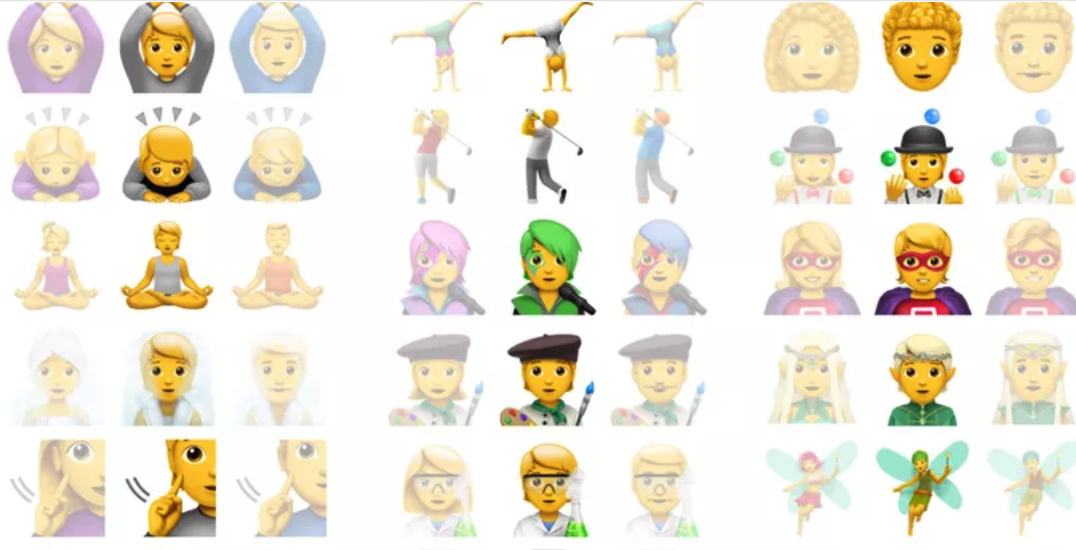 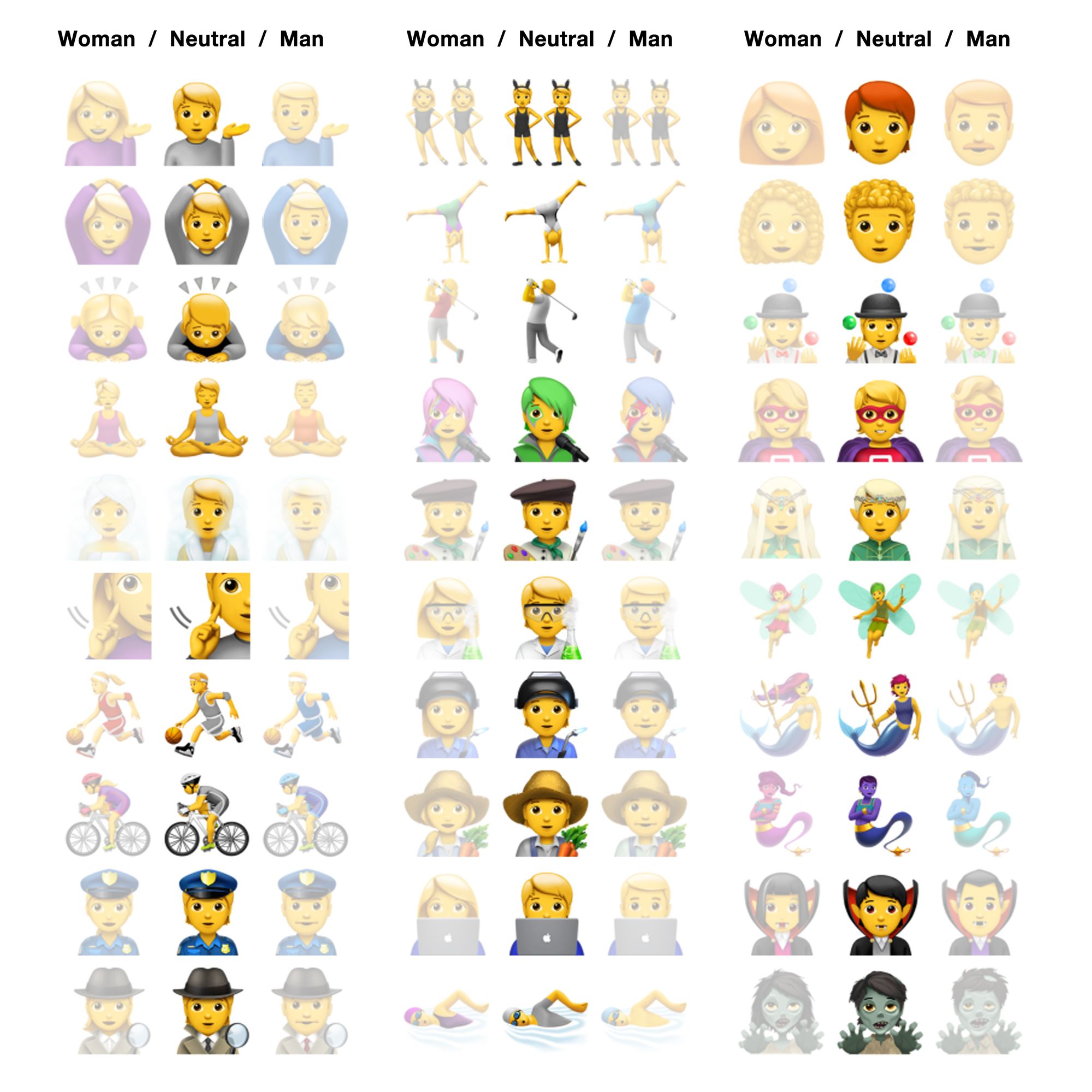 According to Emojipedia, the gender-neutral changes make Apple’s emojis “more consistent” with the way  Unicode Consortium — the non-profit organization that decides which new emojis will be released — defines “person-focused emojis that do not specifically cite a gender.”

Other new emojis include 67 “accessibility-focused” characters after Apple requested Unicode Consortium add the emojis to “better represent individuals with disabilities” in March 2018. 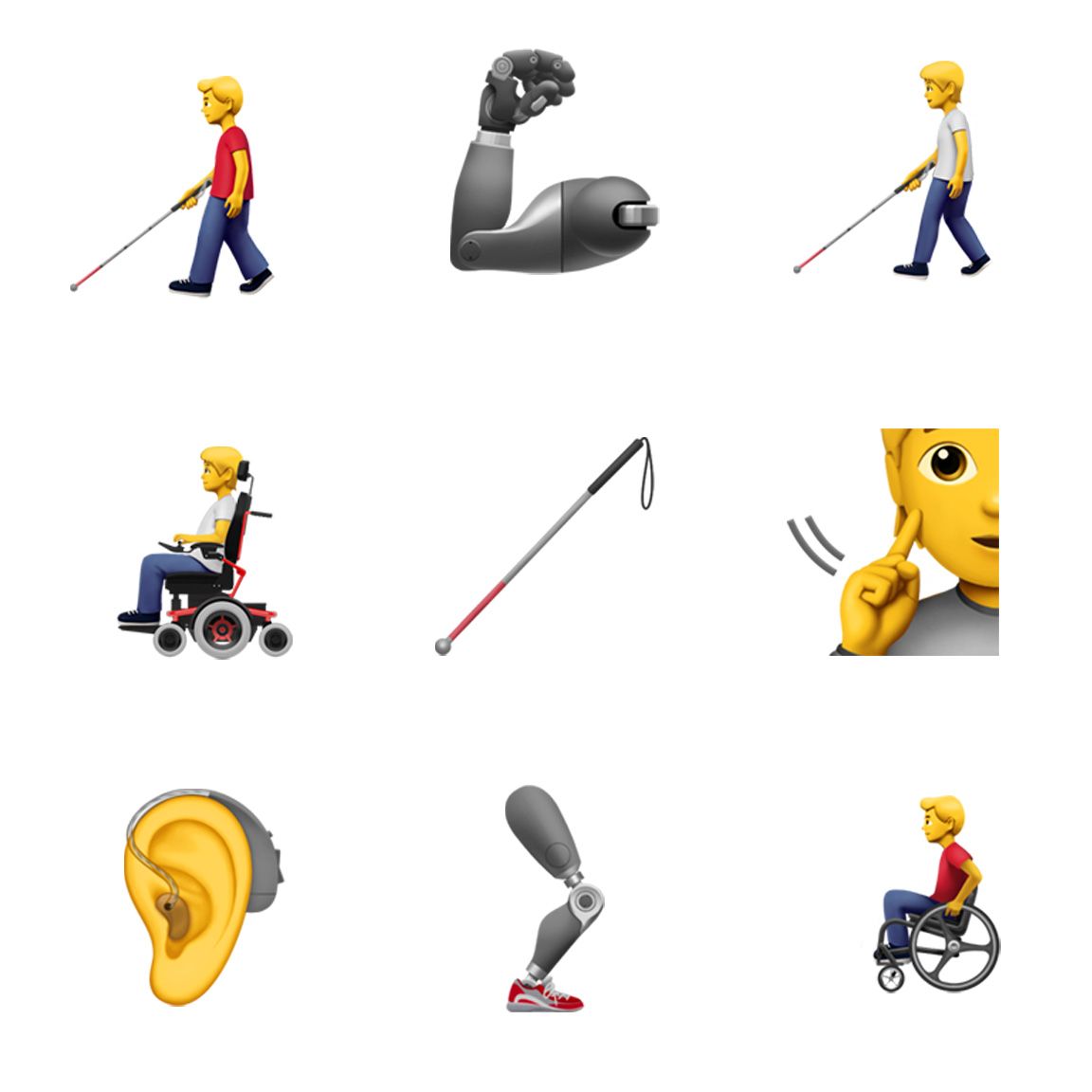 There’s also a feature that will allow users to select multiple skin-tones in a single emoji, allowing for mixed-race and mixed-gender couples. 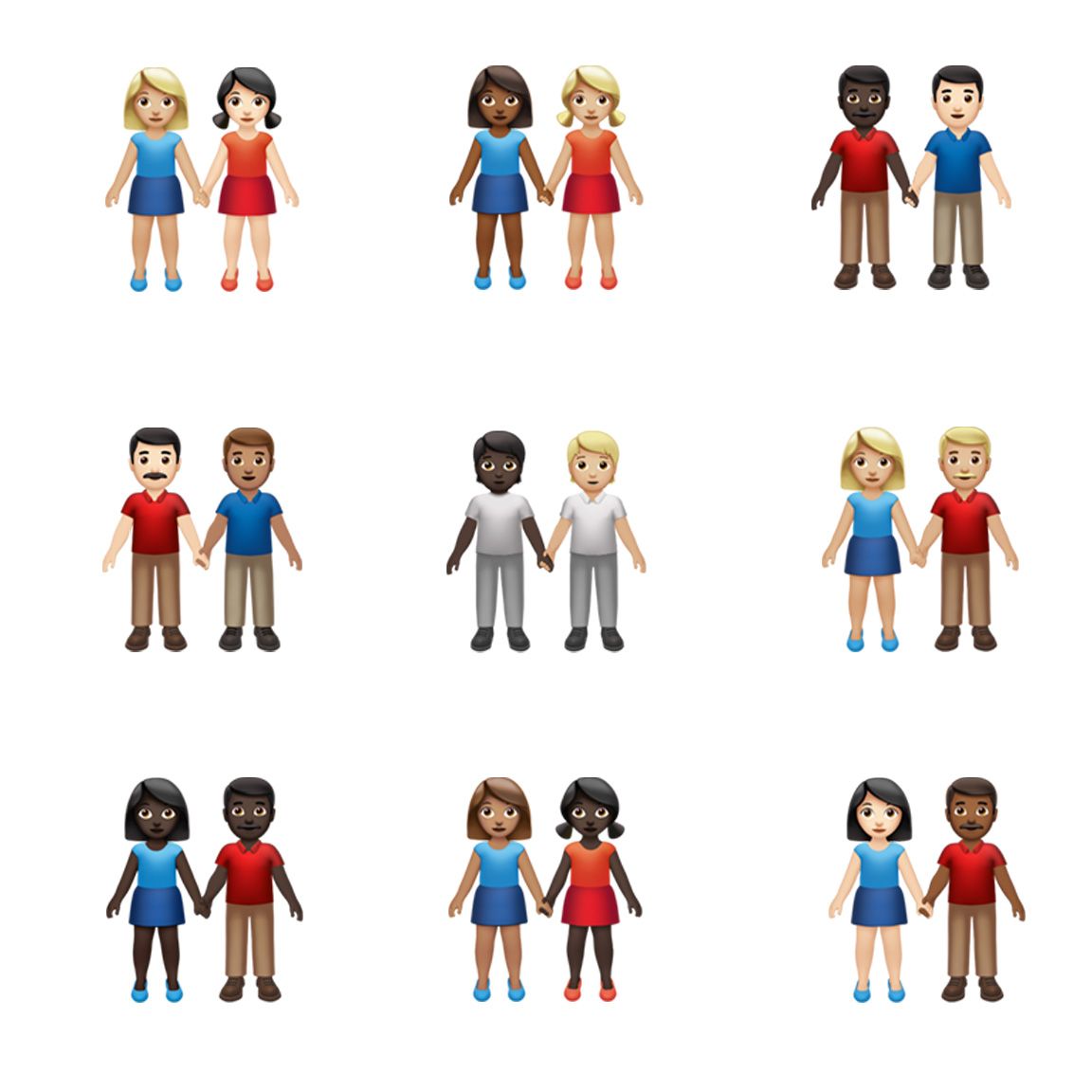 Other additions include eight new animals, a yawning face, a waffle, butter, and a falafel plate with hummus. Happy emoji-ing. 👍 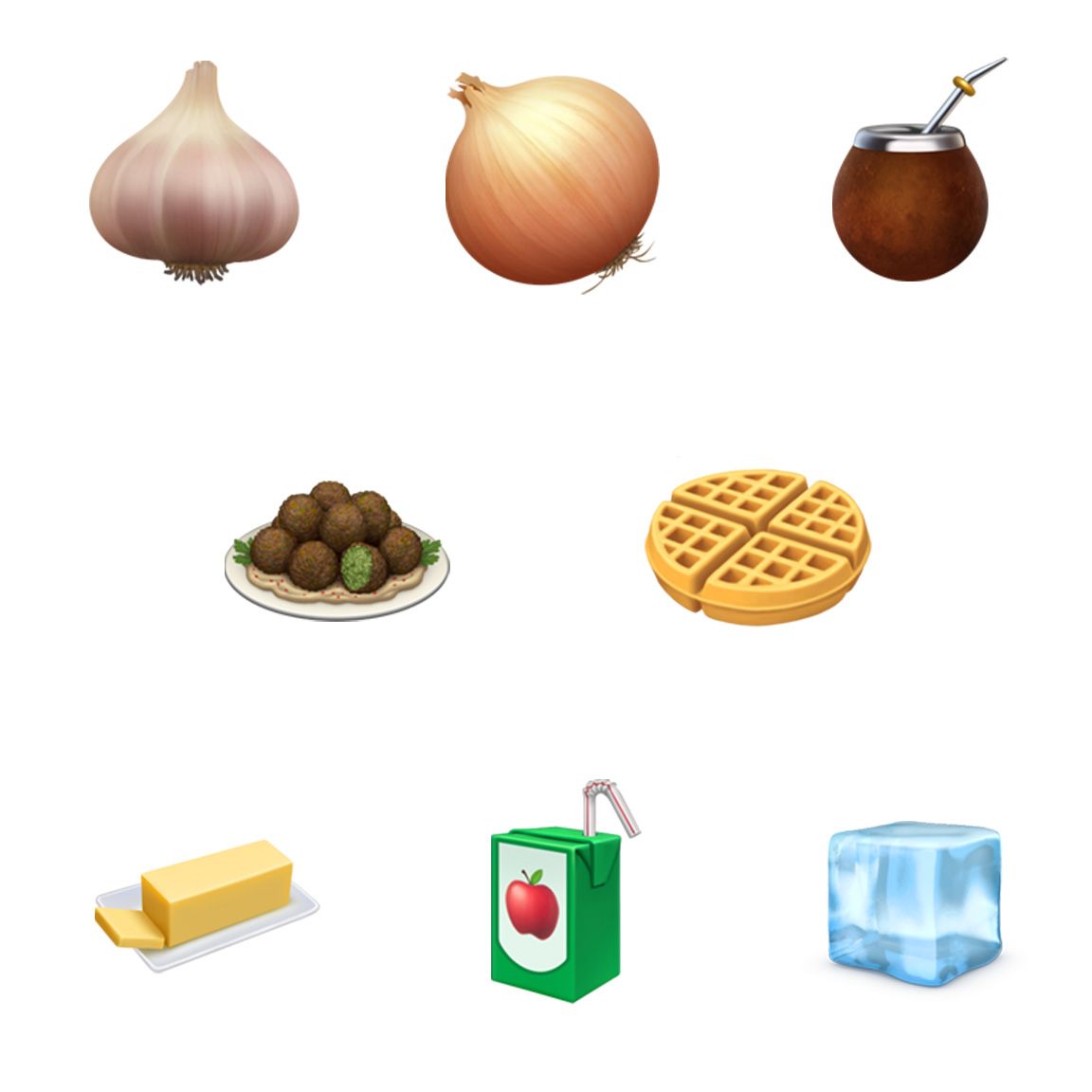 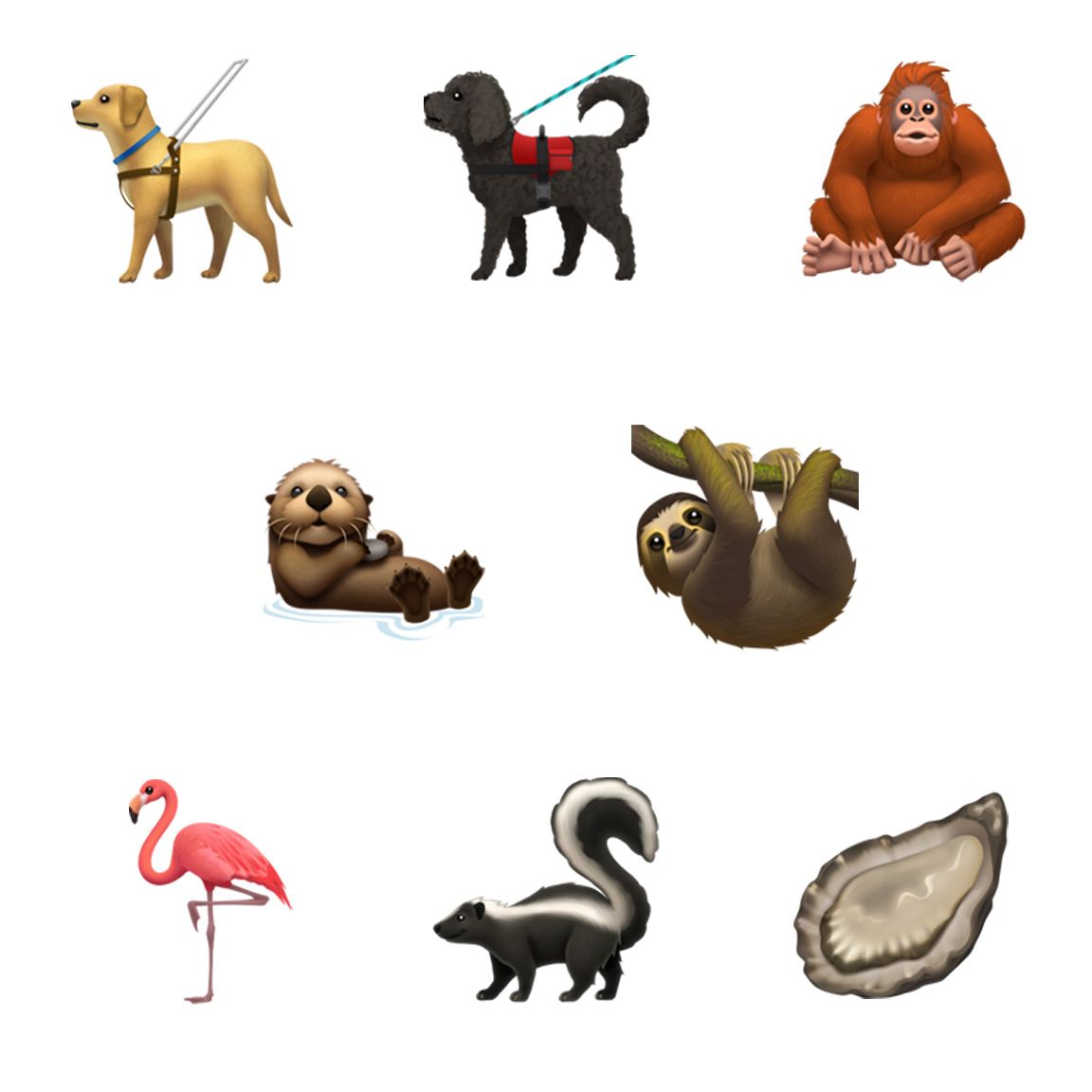