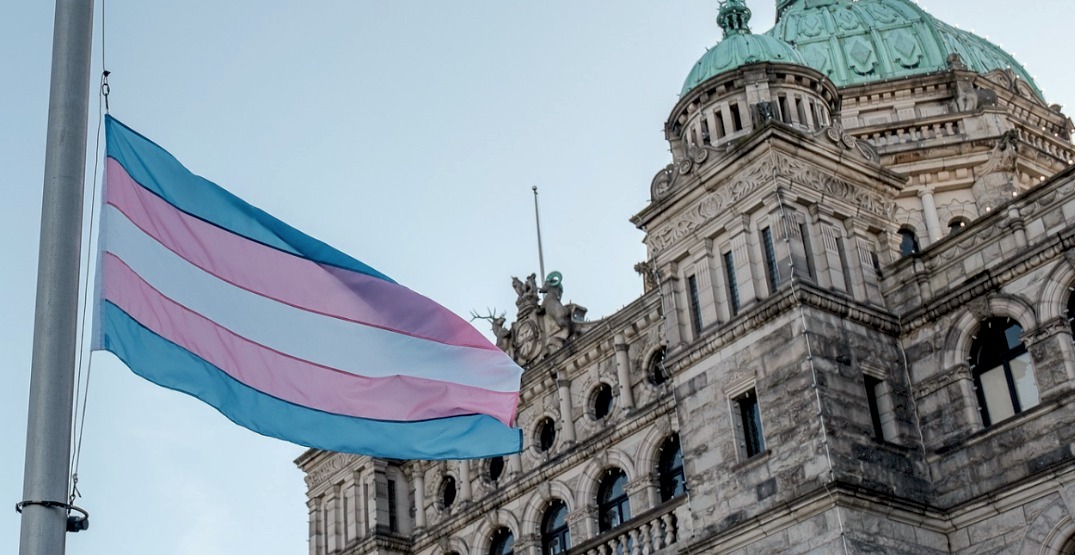 For the first time in Canadian history, the 2021 census asked people to disclose whether they’re cisgender, transgender, or non-binary, and the results are in for which big city is the most gender diverse.

Canada is the first country to provide census data on transgender and non-binary people. Approximately 1 out of every 300 people in Canada aged 15 and older in 2021 was transgender or non-binary. https://t.co/MfHSWIgyMq pic.twitter.com/c5j11rzTfx

The most gender-diverse big city in Canada is Victoria, BC.

That’s true despite the fact that Nova Scotia has the highest proportion of transgender and non-binary people over the age of 15 among all provinces and territories at 0.48%.

“A number of factors could explain the greater gender diversity in these urban centres,” said the census findings. 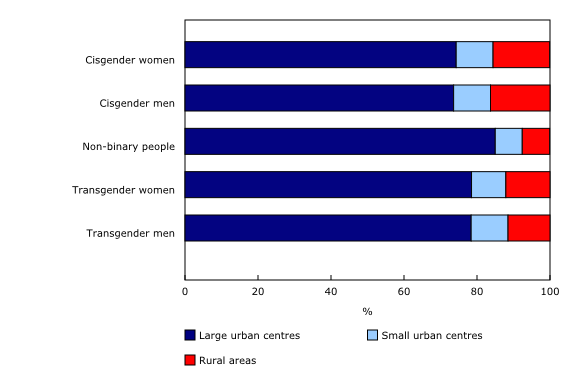 The top three cities are also “home to several major colleges and universities, and, since students tend to be younger, this could explain the proportionally higher presence of transgender and non-binary people.”

“The populations of these urban centres are generally older,” said the census.

In BC, more than 18,000 people identified as trans or non-binary.

General gender-based findings from the census

There were almost 30.5 million Canadians over the age of 15 living in private households in May 2021.

Nearly 1 in 6 non-binary people from the same age group lived in a major downtown core, more than double the rates for trans people and tripling the rates for cis people.

Join us for an engaging webinar on May 4 to get a better understanding of the new data on age, type of dwelling, sex at birth and gender from the second release from the #2021Census. Sign up today: https://t.co/FMDRfwinK8 pic.twitter.com/igMt45dOWn

The census also found there were more trans men than trans women in Canada in 2021.

And young people born from 1996 to 2006 were three to seven times more likely to identify as trans or non-binary than for members of Generation X or anyone else born before 1980. 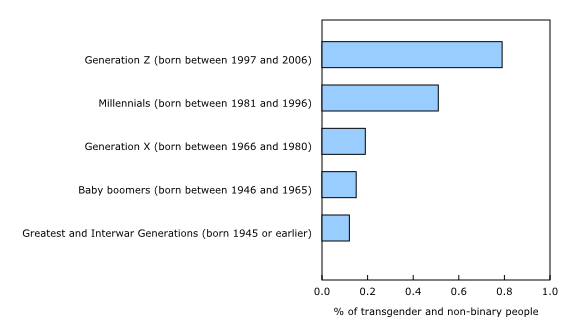 “Over time, the acceptance and understanding of gender and sexual diversity has evolved,” said the census.

“Further, there has been social and legislative recognition of transgender, non-binary and LGBTQ2+ people in general. Younger generations may be more comfortable reporting their gender identity than older generations.”

What’s more, the census showed disturbing discrepancies in the life expectancies for cisgender people as opposed to trans and non-binary folks.

All the figures reported could be higher in actuality, since not everybody responds to the national census and some people may not have answered truthfully.

I imagine that number is actually much higher, given the amount of trans people I know who didn’t answer that question truthfully, for fear of having their trans status recorded by the government.

According to the federal government, Canada is the first country ever to collect and publish data on gender diversity from a national census in this way.