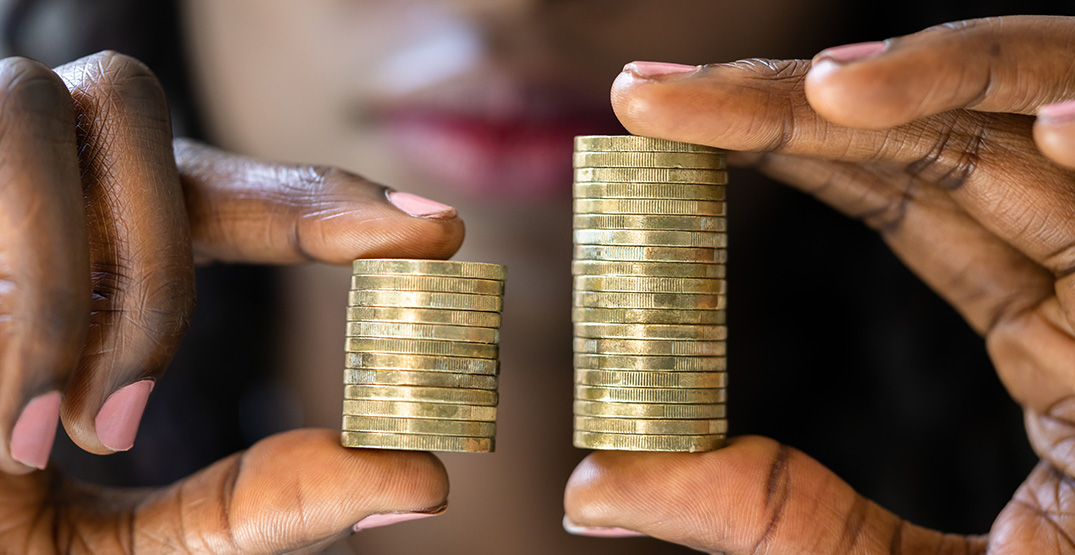 One in two Canadian women, trans women, and those who identify as non-binary or gender-fluid has not received a pay raise since the beginning of the pandemic in March 2020.

This is compared to 56% of male respondents who received a raise during this time, according to a survey commissioned by the dating app Bumble.

The report was released on Tuesday to mark Equal Pay Day, April 12 in Canada.

“The gender pay gap is a widely recognized indicator of gender inequities, and it exists across industries and professional levels,” said Bumble in a news release. “Equal Pay Day is dedicated to raising awareness about the disparity in the average income of people based on gender.”

Ahead of Equal Pay Day, Bumble commissioned Censuswide to conduct a survey to dig deeper into Canadians’ thoughts on pay disparity. The report determined how these perceptions may differ between men and women, trans women and non-binary folks.

The findings revealed that nearly half (47%) of people in Canada believe that men are more valued in the workplace than cis-gendered women, trans women and non-binary employees. Similarly, 46% of Canadians agree that women, trans women and non-binary individuals have to work harder than men to achieve equality in the workplace.

The value placed on men is shown in the pay inequality experienced throughout the pandemic too. The report found that of those women who did receive a raise during COVID-19, the average increase received was $400 to $2,600 less than the national average, while male respondents received a higher pay raise at an average of $3,300.

“Despite government efforts such as the Pay Equity Act, which came into force on August 31, 2021, and aims to ensure that employers provide people with equal pay for doing work of equal value, there’s still a long way to go,” stated Bumble.

It seems that the pay gap hasn’t lessened since the Act was implemented. Back in 2019, a report from the Brookfield Institute for Innovation and Entrepreneurship that the pay gap between men and women in Canada’s tech scene was nearly $20,000 per year.

In Bumble’s 2022 survey, the pattern continues with one in five women knowingly making less than their male counterparts for doing the same or similar position as theirs.

Last but certainly not least, many Canadians want to see companies without a man heading the board meetings, according to the report. More than half of women believe that more women, trans women and non-binary employees should hold leadership roles.