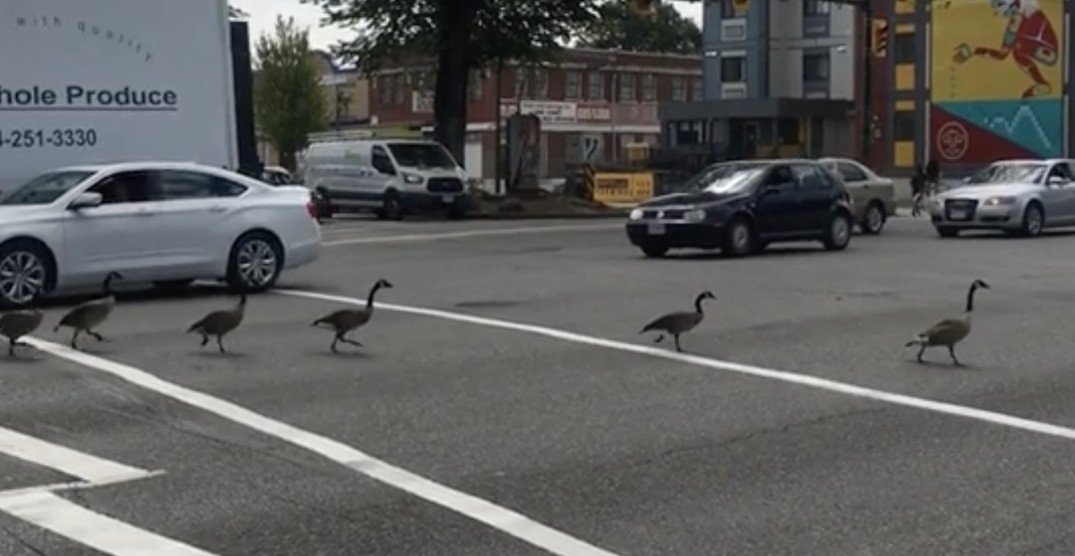 Traffic may have been a bit slow around Main and Terminal the other day, but it was caused by some very cute pedestrians.

A flock of geese just wanted to cross the street — and they attracted a lot of attention in trying to do so.

Video footage of the adorable jaywalking birds was posted on to Reddit by rubberpossum and commentators had some clever quips to share.

“Ugh they didn’t even signal,” wrote one Redditor.

“So do we control their road speed with goosebumps,” joked another.

This is not the first time these disruptive waddlers have been caught stopping traffic.

Another video filmed at the beginning of June shows a woman leading a flock of geese across the near Main Street – Science World SkyTrain station. However, it’s not clear if this is the same crew of birds featured in this latest clips.

Either way, if you’re ever caught in traffic around Main and Terminal, there’s a good chance that geese are just makin’ their way downtown, walkin’ fast (yes, we had to go there).