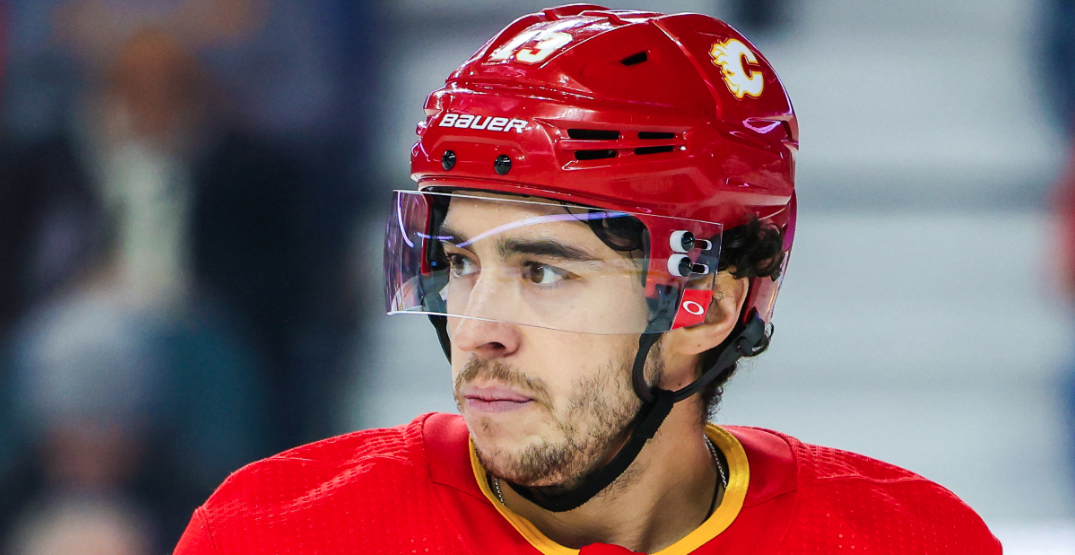 Johnny Gaudreau and his family needed a change.

Gaudreau, in his first press conference as a member of the Columbus Blue Jackets, explained that while Calgary was a special place for him, the time had come for him to explore other options better suited for him and his family.

“Our decision was it was best for us not to go back to Calgary and then we decided to figure out what the best option for us, and Columbus was right up at the top of the list there. It had no reason on whether it was close to home or not. They were a team that I was really excited about.”

Gaudreau, plucked out of the fourth round (No. 104) of the 2011 NHL Draft before spending all eight seasons and 602 NHL games in Flames silks, came to the conclusion with wife Meredith that a change of scenery would be best at the 11th hour.

On the eve of free agency, Gaudreau informed Calgary Flames General Manager Brad Treliving that he’d go to market and explore his options, opting for the Blue Jackets on a seven-year term that’ll see the soon-to-be 29-year-old earn $9.75 million annually.

“It was a tough decision,” said Gaudreau, who will return to the Saddledome as a visitor on January 23 when Calgary hosts Columbus. “I mean, it went right down to probably 11 o’clock the night before free agency where I decided I wasn’t going to go back.

“It was a really hard decision. It’s something me and Meredith talked about for a long time there. It was difficult, but it was the best for us. We were super excited with being able to sign here in Columbus. They were one of the teams that we were really interested (in) and when they called we were all smiles yesterday. It was exciting.”

Gaudreau didn’t elaborate further on what went into why he felt he needed a change after posting an NHL career-high 115 points (40 goals, 75 assists) for a team that captured the Pacific Division title and advanced to the second round of the Stanley Cup Playoffs for just the second time in his tenure.

“It was a hard decision,” Gaudreau reiterated. “Calgary was a great place to me and my wife but in talking to my family, talking to Meredith… it was the right move for us. That’s all I can really tell you guys.”

It was speculated Gaudreau would head east as an unrestricted free agent and he did, although not to the extent that some figured.

And while he’s closer, a move closer to home wasn’t the determining factor in becoming a member of the Blue Jackets.

“I’ve always wanted to play relatively a little bit closer,” said Gaudreau, who will be reuniting with Flames teammate Erik Gudbranson. “I think the east was — you know, I grew up here…. not in Columbus but on the east coast — it’s somewhere I always wanted to play. I was in Calgary for eight-to-12 years there from when I got drafted to when I started playing.

“I always kind of dreamed about playing a tad closer to home, but, I mean, it didn’t matter where I was signing.”