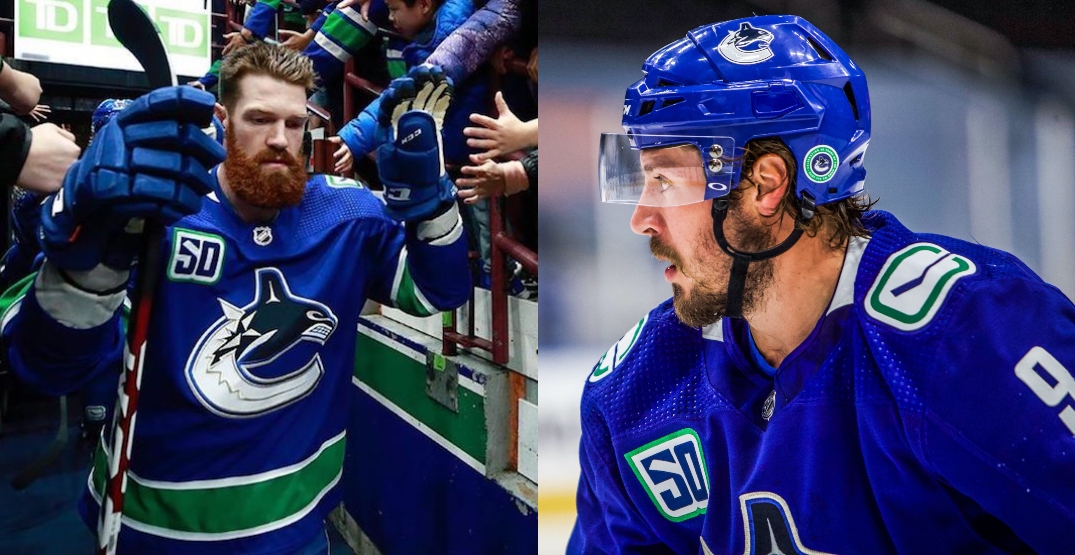 After a “false positive” test cancelled practice on Sunday, the Vancouver Canucks are once again dealing with concerns related to COVID-19.

According to a report from TSN 1040’s Matthew Sekeres, the Canucks will be without both J.T. Miller and Jordie Benn, who are each quarantining and will be out for “a couple of weeks.” Both players will miss games due to COVID-19 related issues. Sekeres adds that Miller had been saying at Benn’s home in Vancouver, and thus the pair were deemed to be “close contacts.”

My understanding is that due to COVID-19 concerns, D Jordie Benn and F JT Miller will not be with the #Canucks for a couple of weeks. Both players are quarantining. Miller had been staying at Benn's Vancouver residence @tsn1040

Our very own @mattsekeres with some breaking news…

"Jordie Benn & JT Miller will not be with the #Canucks for a couple of weeks due to COVID concerns."

Hot Audio is powered by North Beach Agency, check them out at https://t.co/sxANgLEpSV pic.twitter.com/RZKAhSYN4c

Both players were absent from practice this morning, with Benn also missing Monday’s skate. When asked about why Miller and Benn weren’t on the ice, Canucks head coach Travis Green said only that they were “unavailable.”

"There may have been a positive here, in addition to the false positive" – @SatiarShah right now on @Sportsnet650 #Canucks

In an interview with Satiar Shah and Andrew Walker on Sportsnet 650, Canucks GM Jim Benning confirmed that both Miller and Benn aren’t available for tomorrow’s season opener in Edmonton, though he didn’t elaborate.

The NHL announced today that a total of 27 players have tested positive for COVID-19 since December 30. That total includes an outbreak with the Dallas Stars, who have had 17 players test positive for the virus.