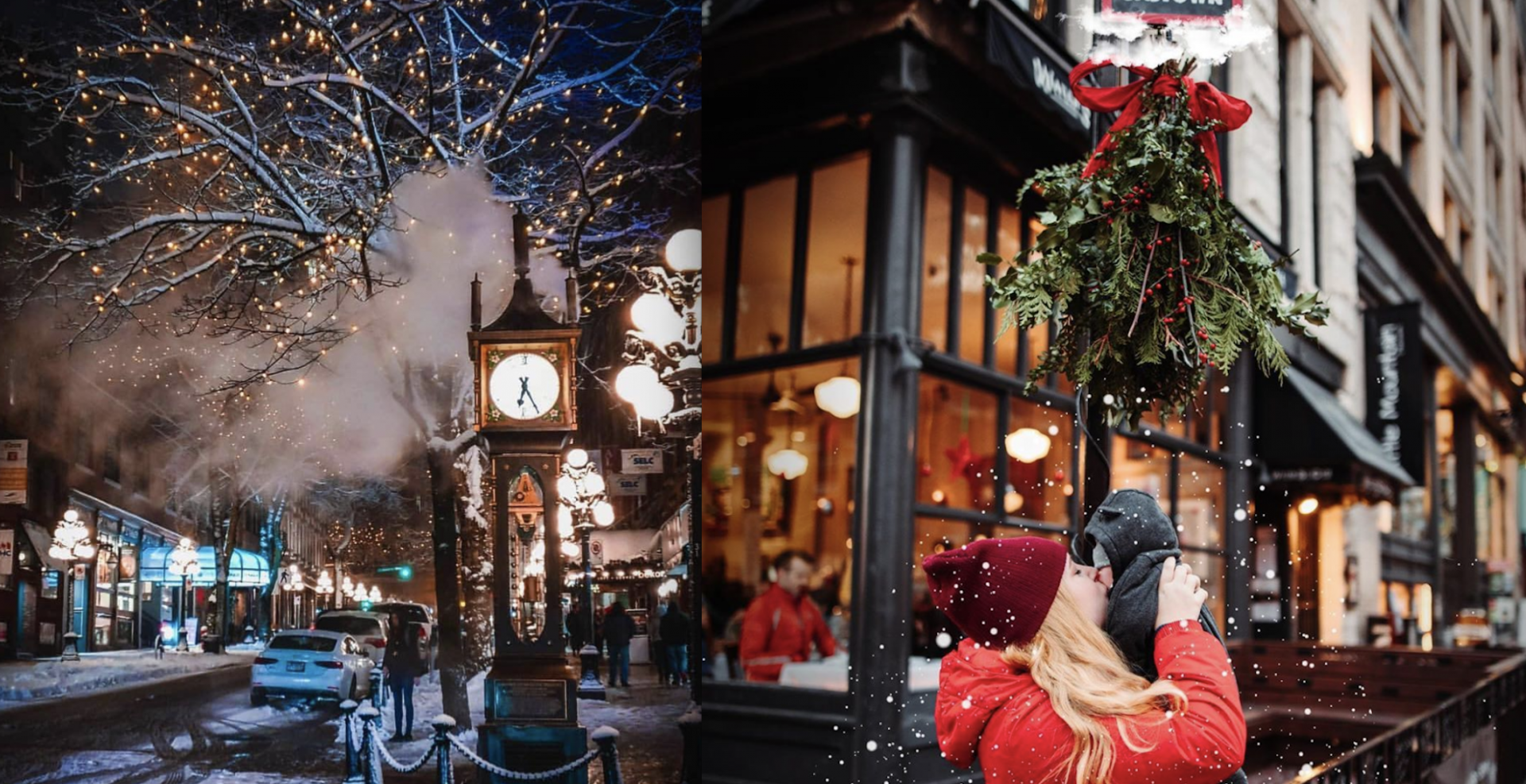 The streets of Vancouver’s Gastown neighbourhood will be filled with the sights and sounds of the holidays as the Gastown Business Associate (BIA) presents a series of “Not-So-Silent Nights” this month.

Some of Vancouver’s most talented choirs will be taking over the corner of Water and Cambie Street to carol for charitable causes.

You can catch the following choirs on these scheduled dates:

The Leckie Building (Water and Cambie Street) will turn into a giant living holiday story as a 120-ft animated video projection, created by students at Vancouver Film School (VFS), will play every 30 minutes in sync with the chime of the famed Gastown Steam Clock during all four Not-So-Silent Nights.

From November 27 to December 20, 10 small mistletoe stations will be placed around Gastown, so there’s lots of time to take those Insta-worthy pics. Spread the joy with the #KissMeInGastown hashtag for lots of opportunities to win prizes.

Between all the festive fun, you’ll be able to get your shop on till 8 pm as stores will be open for extended holiday hours.

Cost: Choirs will be accepting donations for charities