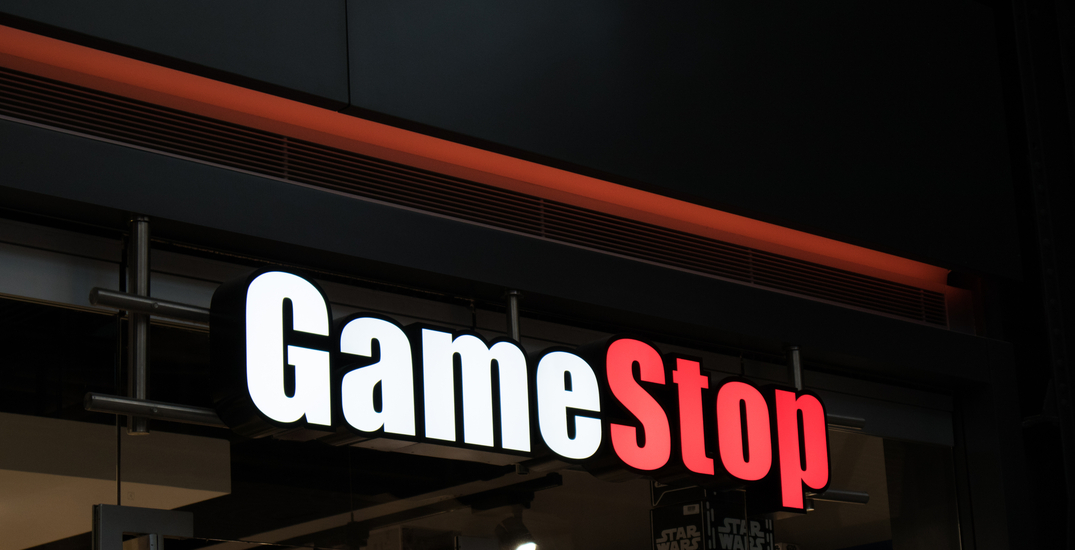 Written for Daily Hive by Andrew Johns, one of Canada’s most prominent Investment Advisors, and Canaccord Genuity’s Top Advisor in 2020. With a mind for business and a passion for politics, he lives by the saying “Follow the money, find the truth.”

It seems like everyone is making money on the GameStop trade, which is exactly why I believe you should not trade this stock.

In simple terms, that big green number you see in your trading account isn’t real until you sell out, wait two days for settlement, and officially see the funds arrive in your account. I believe that people are going to lose real money, real college tuition for their kids, and real-life savings – this is not a game.

The narrative of this GameStop phenomenon has been unfolding in a blistering speed, and the story isn’t yet over. It all started with GameStop, a legacy brick-and-mortar video game sales business headed towards extinction. The pandemic enters the picture, sinking the company’s earnings further, and bottoming out its share price at $2.57 just months ago. Along the way, a few highly leveraged hedge funds made bets on this decline, shorting the company’s share to 140% of the available float.

Everything appeared normal until January 2021. That is until subreddit group r/Wallstreetbets sparked a digital uprising against the Wall Street establishment.

This loosely organized group of cyberpunk retail traders – an informal group on Reddit, many of whom are self-administered traders with accounts on applications like Robinhood – began buying up the shares of GME, one $500 trade at a time.

Thousands upon thousands of eager investors have since jumped on the buy side of the trade, effectively forcing a short squeeze for these hedge funds. As the price of the stock goes up, the size of the liability that hedge funds and market makers carry grows with it, and at some point, they are forced to buy stock to cover that liability.

As a result, the price skyrocketed and retail investors are euphoric for two reasons: they stuck it to the big bad money managers, and they’ve watched their $3,000 investment go all the way up to $24,000.

That’s when everyone started talking about it. With all this in mind, what could go wrong? Well, securities dealers and trading houses like Robinhood start to get worried about the slew of lawsuits they are potentially going face if their customers experience millions in losses. They’re also worried because the size of their own liability has grown, and at some point, they can’t accept any more trades. A brokerage-wide restriction on buying a stock stops the tide of money flowing into the stock, and the price recedes. When trades are turned back on, the money flows back in, creating a pendulum effect.

This situation was mostly motivated to emphasize how the regulators have overseen the industry; there are still holes, and a lot of potential for instability. Perhaps that’s a good thing, and maybe it’s not. In my opinion, it’s a buyer beware situation. Rather than traditional investing, this is more like online gambling.

The big question is whether shorting should still be allowed, given situations like this. The spirit of shorting when it came out decades ago was to create more liquidity in the market. What’s interesting is that after the financial crisis of 2008, we made no legislative changes in Canada while the United States prohibited unlimited shorting on companies (for example, if a company has million outstanding shares, you can’t sell two million shares of it in the US, but in Canada you can still do this).

The only reason I think we haven’t seen this kind of volatility here is because we don’t have as many companies like this in our stock exchange.

While this is all very fascinating, from my perspective, it’s certainly not an investment. For those watching the markets closely in the past weeks, I urge you to think about all aspects of this trade and the players that are involved. Think about who has been on the winning and losing side of the trade so far; consider the retail investors, brokerage firms, hedge funds, Robinhood, and investors in Robinhood, for example. Who will stand to win in the end? If you’re putting your money into something like this, you need to know that it is a gamble – at least that’s what I’m telling my clients. It’s like a game of musical chairs and no one loses until the music stops. Monday, we saw the record skip with GameStop falling from an open of $316 to a close of $225, and as of this writing, it’s continued to plummet 52%. It’s all fun and games until it’s game over.

Disclaimer: Andrew Johns is an Investment Advisor at Canaccord Genuity Wealth Management. His views, including any recommendations, expressed in this article are his own only, and are not necessarily those of Canaccord Genuity Corp.