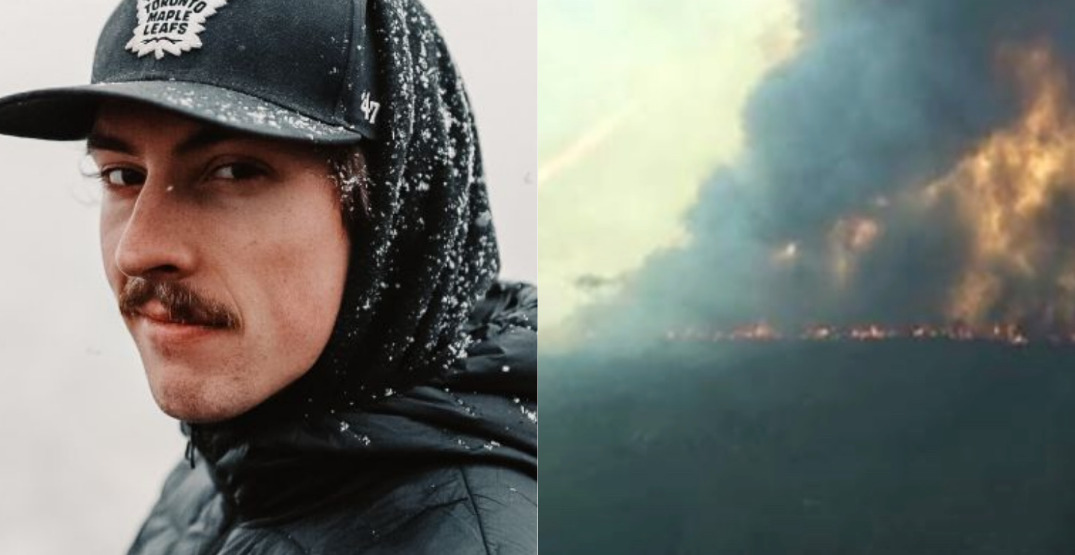 A firefighter based in Merritt, BC, is in the intensive care unit at a Vancouver hospital after battling a wildfire that caused him to sustain major injuries.

While tending to the active wildfire at Sparks Lake in Kamloops, BC, the firefighter, Dylan, suffered burns to his chest, neck, arm, and face. This was his 10th season as a firefighter.

The fundraiser in Dylan’s name has since surpassed its goal.

“We sincerely and greatly appreciate all the messages of love and support. Due to COVID restrictions, he is not allowed [to have] any friends visit at this time, but I try and relay all messages to him when I can,” said a statement from the fundraiser’s organizer.

Dylan will be undergoing rehab for the next few months, and the donations will be going towards his treatment.

“Thank you all again so much in advance. He is in the best care at Vancouver, surrounded by the most helpful nurses, doctors, and allied health professionals,” the statement said in closing.

The Sparks Lake fire is still classified as out-of-control as of Tuesday morning, and evacuation orders have been implemented for several properties and communities in the surrounding area.

A map from the BC Wildfire Service shows just how massive the perimeter for the wildfire is.