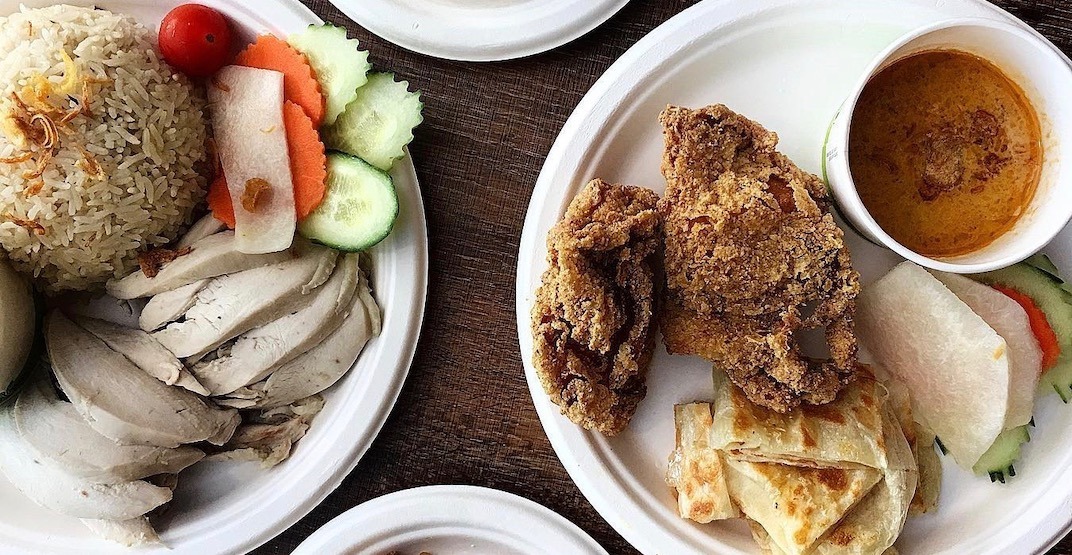 This new 20-seat casual lunch and dinner destination will serve whole, free-range, Taiwanese roast chicken, which will be up for order fresh-out-of-the-oven during opening days at noon and 5 pm. This offering will be $32 and include a soup and rice side.

Folks can also call ahead and pre-order a bird if they can’t make those times. Half-orders of the chicken will be released at a later time.

Customers can also expect a menu of eats like Hai Nan Chicken on Rice, the Freebird Chicken Salad, Chicken Rice Soup, and Roti Flatbread with Chicken to name a few.

Freebird will also offer several varieties of sandwiches such as a Scrambled Egg and Cheese Croissant and a Roast Chicken Croissant too.

Find Freebird (and its striking mural by Chrissy Cheung) open Monday to Friday from 9 am to 6 pm when it officially opens (we’ll keep you posted), until then, check its social channels for updated opening hours.