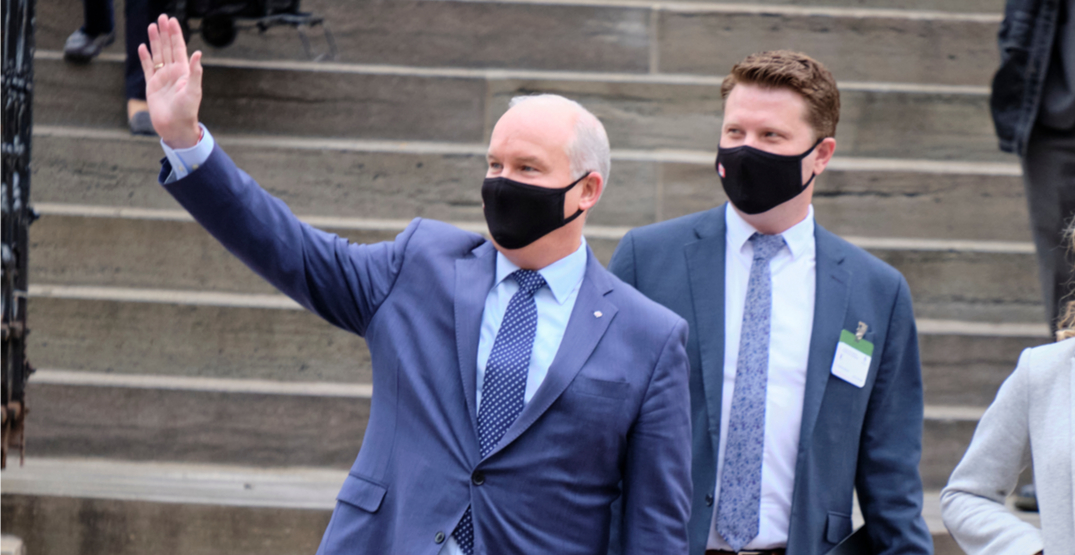 Canadians could have the right to live and work in the United Kingdom, Australia and New Zealand under Conservative plans for a new free-trade area.

On Thursday, Tory Leader Erin O’Toole outlined proposals for closer trade and diplomatic ties with Australia, New Zealand and the United Kingdom, which he said would create more jobs for Canadians.

The proposed CANZUK deal would reduce trade barriers, increase intelligence and defence co-operation and make it easier for Canadians to study and work within the free-trade zone.

The Conservatives also outlined proposals for closer ties with India, with plans to revive free-trade talks.

O’Toole, who wants more distance from China, said he would make it harder for “state-owned companies from non-free countries” to buy Canadian firms.

The Tories would withdraw from the Asian Infrastructure and Investment Bank, which they claimed is “a political tool used by the Chinese government to expand its influence throughout Asia.”

They set out plans to “diversify supply chains to move them away from China.”

In a statement, O’Toole said: “Signing deals with countries that don’t share our high labour and environmental standards hurts Canada.”

The Conservatives said they favoured “rebalancing trade priorities away from countries like China and toward the Indo-Pacific and Africa.”

On Wednesday, the Liberals published plans for an Asia-Pacific strategy to deepen economic and defence ties in the region, and create new trade agreements.

The Liberals do not support CANZUK, which has faced criticism for proposing closer ties between countries settled mainly by people of European descent.

The proposed CANZUK free-trade zone would remove trade barriers. Like the EU, it could also allow citizens to live and work in each member state without visas.

In the U.K., a number of Conservative MPs have been pushing for a CANZUK deal following Britain’s withdrawal from the European Union.

Andrew Rosindell, a British Tory MP and Chairman of the All-Party Parliamentary Group on Canada, told The Canadian Press: “We share so much in common with the CANZUK nations, through family ties, history, culture, language and, of course, with the Queen as our common Head of State. So, let’s work to make this alliance a reality.”