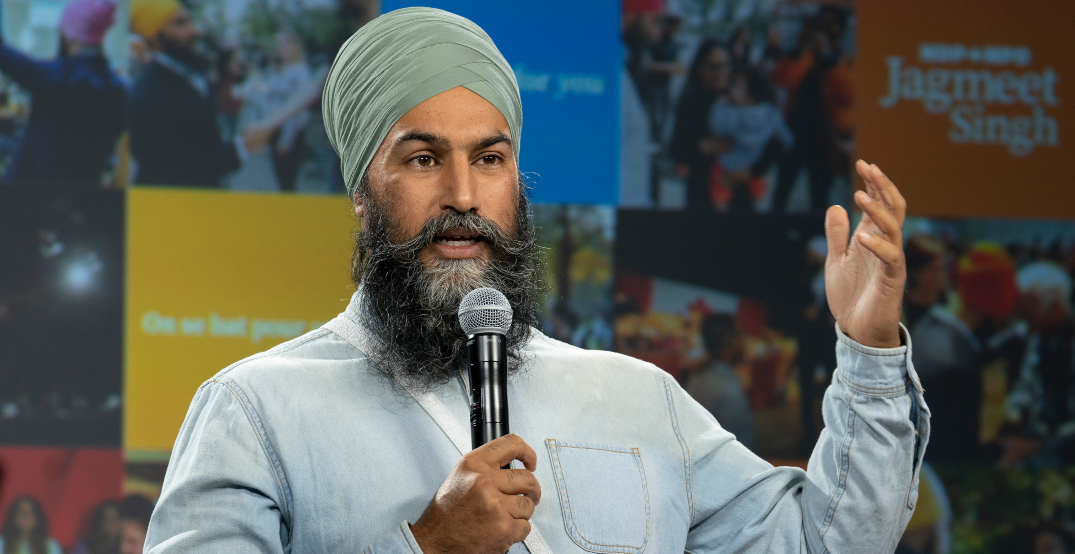 Jagmeet Singh’s pre-debate photo op hit a bump in the road this morning — rather, a hole — after the NDP leader’s custom poutine truck lost a wheel on the way to a Montreal event.

The NDP was forced to delay his appearance by two hours to allow the food truck to be towed to the next event after hitting a pothole.

A repairman could be seen replacing the wheel and pounding with a hammer at the side of the truck, which is painted NDP orange and emblazoned with Singh’s face and the words “Punjabi Poutine.”

Singh will answer journalists’ questions and serve the classic Quebec dish alongside local candidates before participating in this evening’s French-language leaders debate.

Thanks to the people working TIRElessly to get the truck back on the road, we’ll still get the poutine to the people. https://t.co/089ylJc1gP

Singh has previously shared his recipe for “Punjabi poutine,” which features cubed sweet potatoes, cheese curds and a gravy made of onions, garlic, ginger and tomatoes.

The NDP leader has already made several campaign visits to Quebec, where he’s hoping to build on the single-seat his party won in the province in 2019.