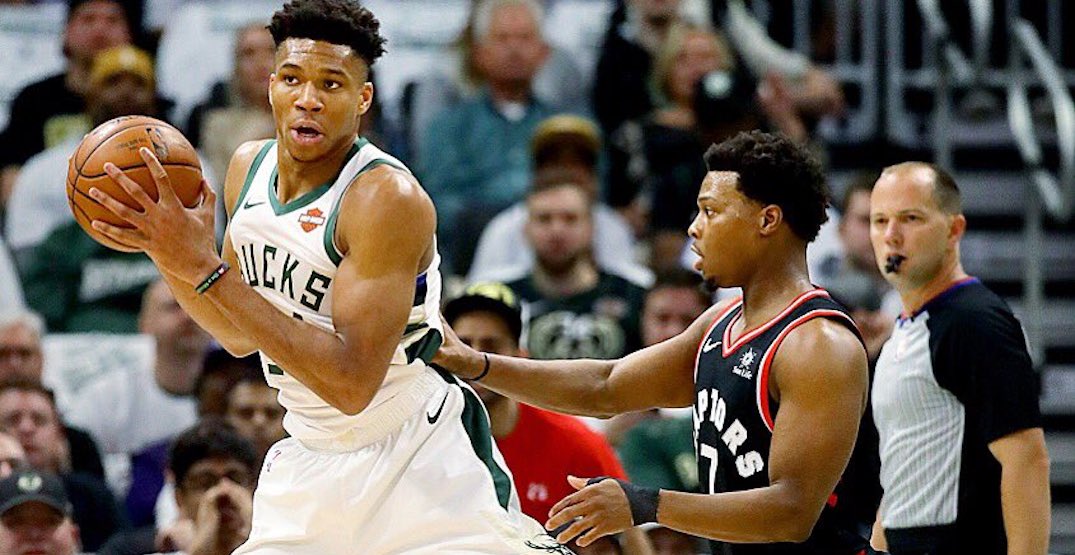 After saying goodbye to Serge Ibaka and Marc Gasol this offseason, one thing is clear: the Toronto Raptors will be going all-in on free agency next year.

The Raptors reportedly refused to offer either player more than one-year deals in the name of cap flexibility, with a historically-great crop of players potentially available in 2021.

Masai Ujiri will have plenty of options, beginning with his own team. Kyle Lowry is set to become a free agent, while Norman Powell could opt out of the final year of his contract.

With that said, let’s take a look at some of the top pending free agents in 2021, with an eye on who the Raptors might throw money at.

Two-time MVP Giannis Antetokounmpo will be the most sought after free agent in 2021, and there’s a very real possibility that the Raptors could be a top contender to sign him.

Ujiri helped Giannis’ family emigrate from Nigeria to Greece, and the Raptors president wanted to draft him in 2013.

Getting a player of Antetokounmpo’s ability at age 25, in a position the Raptors covet no less, would be a franchise-changer.

He wouldn’t, would he? But what if he did?

They say absence makes the heart grow fonder, and perhaps after two years in Los Angeles, Kawhi Leonard would like to rekindle some magic back in Toronto.

It’s a long shot, but the Clippers did have a disappointing playoffs and reportedly have a fractured locker room. If the team falls apart again this season, maybe it’s enough for Kawhi to leave as a free agent, as he has a player option for 2021-22.

If Kawhi wants out of LA, maybe Paul George will too. And if Leonard doesn’t opt for a Toronto reunion, perhaps Ujiri can convince George to come north of the border.

Speaking of reunions, wouldn’t this be fun? DeMar DeRozan loved his time in Toronto and was heartbroken when the Raptors traded him to San Antonio in 2018. But perhaps that broken heart has been mended.

According to a recent story in GQ, DeRozan and Ujiri made up in the NBA bubble in Orlando. DeRozan gave the Raptors executive a “big hug,” according to Ujiri, who added that he felt they had “reached a new place.”

Seven-foot-one French centre Rudy Gobert is an intriguing piece. A two-time NBA Defensive Player of the Year, Gobert would fit in well to the Raptors’ commitment to defence.

Victor Oladipo wants out of Indiana, and openly campaigned for a trade to the Raptors during in front of his teammates last season, according to a report in the Indianapolis Star.

While that’s clearly outrageous, it is an indication that the two-time NBA All-Star wants out of Indiana. Named to the All-Defensive First Team in 2018, Oladipo would help at both ends of the court.