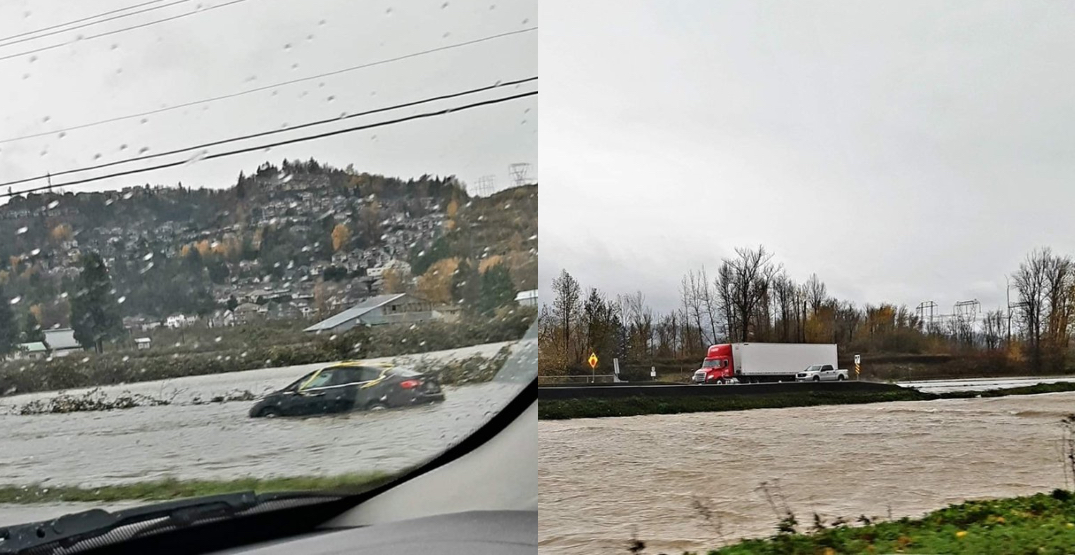 Chilliwack and Abbotsford each declared a local state of emergency on Monday, November 15 as the cities deal with dangerous flooding.

Some areas are either under evacuation alert or have had evacuations ordered issued already.

The Fraser Valley Regional District has orders in place for certain areas of Chilliwack, including Camperland RV Resort & Cabins and homes on Chilliwack Lake Road and Wilson Road.

An Evacuation Order has been issued for Sumas Prairie for the following areas:

Sumas Mountain and Yale Road to the North, the United States Border to the South, the Sumas River Dyck to the East, Sumas Way to the West.

Also in the Fraser Valley, the City of Abbotsford has two evacuation orders – one for Sumas Prairie and one for Straiton Area.

Displaced Abbotsford residents are encouraged to go to the Emergency Operations Centre.

Many more areas are under evacuation alert in Abbotsford. Evacuation alerts differ from orders. When there’s an order, people must leave the area immediately, usually due to a high potential danger to health and safety of residents.