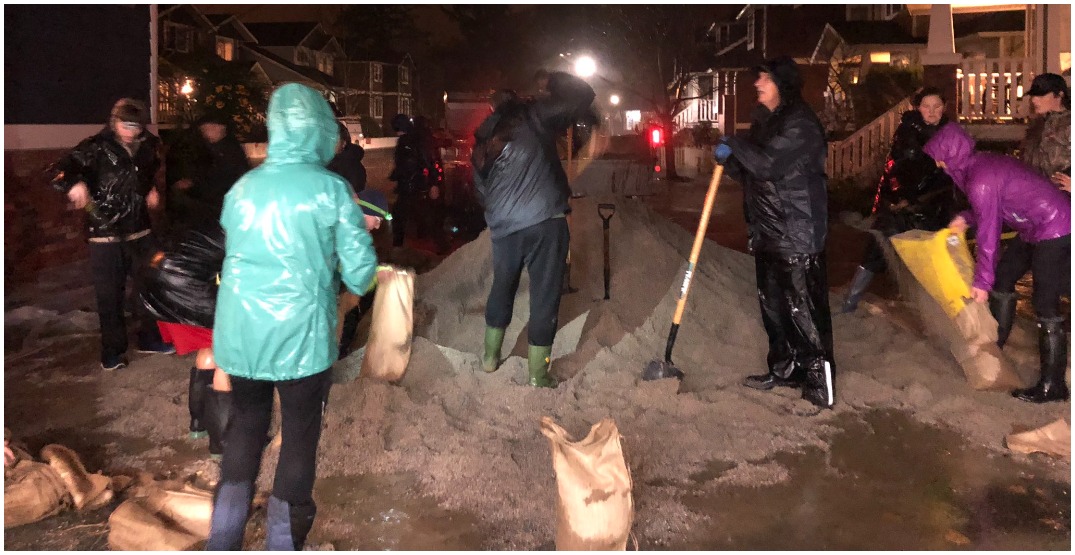 Heavy rains, flooding and mudslides prompted the City of Abbotsford to open its Emergency Operations Centre on Sunday night.

The City of Abbotsford has activated an Emergency Operations Center (EOC) due to the heavy rain and flooding occurring within the City. AbbyPD is currently involved in the EOC. Please monitor Abbypd social media for further updates. pic.twitter.com/xZZRCVWDVI

The Abbotsford Police Department is involved and says that anyone who can’t return home or has been evacuated should head to the EOC at the Abbotsford Recreation Centre (ARC), located at 2499 McMillian Road.

This was the situation on Pioneer Court in Clayburn Village.

These videos were taken by Catrina Jackson on Sunday evening. She tells Daily Hive that she grew up in the Clayburn Village area and can’t remember ever seeing a situation like this.

Another photo shows people in the same area filling sandbags. 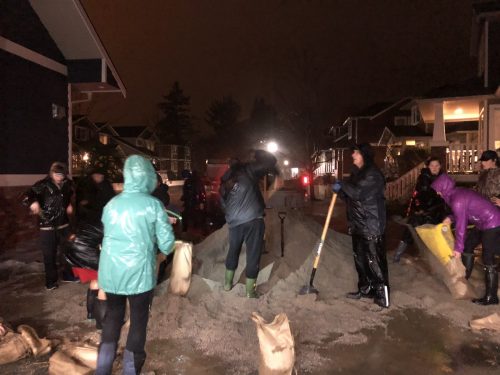 On Twitter, Abbotsford Police says it is aware of a number of mudslides and washouts that are affecting numerous properties as of Sunday night.

Walker adds, “We have a variety of flooding that’s occurring within the City at this time.”

No injuries have been reported.

On Eagle Mountain, 12 properties are impacted. There are two properties dealing with small mudslides or washouts on Glen Mountain.

On Dawson Road, there are up to 50 properties impacted by the weather situation.

Police say crews are on scene and assessments are in progress.

There are also a number of road closures throughout the city.

🚧 The City of Abbotsford has experienced various mud slides and localized flooding due to the heavy rainfall. Residents are urged to stay away from flooded areas. Please follow all road closure signs. Please call 911 to report any flooding or mudslide emergencies. pic.twitter.com/X8oYMN1toF

🚧 Roads Closed Due to Flooding and/or Mudslides:

According to Environment Canada, there is still a rainfall warning for the region. 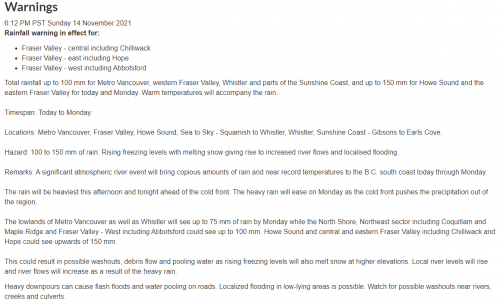