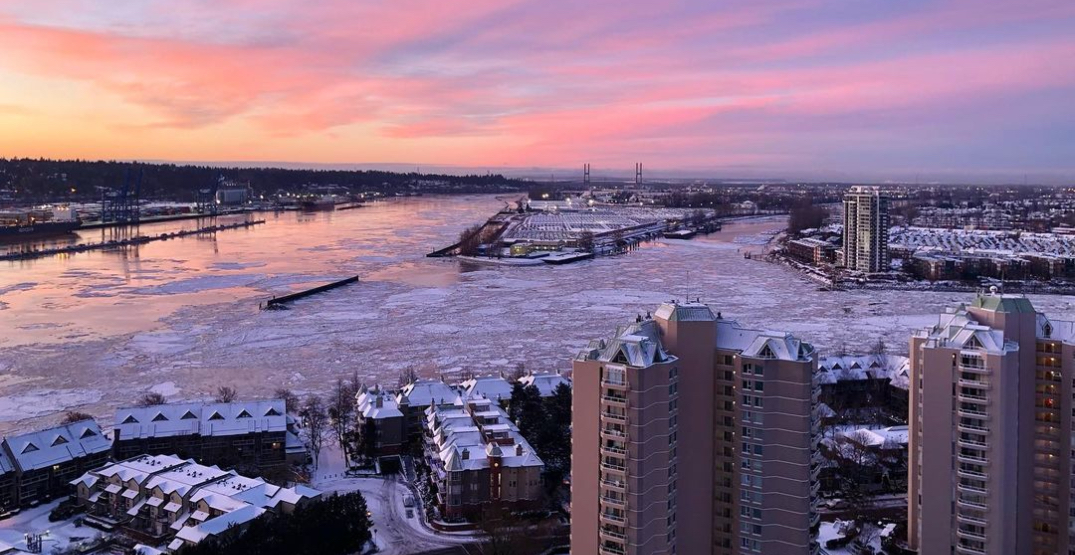 Even the mighty Fraser River through Metro Vancouver thought it was unusually cold during the province’s cold snap this week.

Then, after back-to-back days of temperatures well below zero, the weather is finally becoming evident near the mouth of BC’s longest river.

On social media, users posted photos and videos observing parts of the river in Metro Vancouver that are usually calm flowing even more slowly with thick, icy chunks.

While ice on the Fraser River isn’t unheard of, it is out of the ordinary, especially so close to Vancouver.

“The ice condition in the Fraser River is not a regular occurrence and is caused due to the Arctic outflow and the frigid temperatures that have occurred the past days,” said a rep.

“We believe that the ice floes in the Fraser river does not pose a significant hazard to navigation.”

“As a Canada Port Authority, our role is to ensure the safe navigation of vessels throughout the Port of Vancouver and as such all mariners should exercise prudence when navigating in the river.”

According to social media, it seemed like New Westminster and Maple Ridge were where the miniature ice floes seemed to be at their thickest.

Take a look at the photos and videos that Metro Vancouverites shared on social media showing the icy spectacle:

It’s going to take a while for me to go through this morning’s photos.
1) Because there are so many
2) My extremeties are numb #FraserRiver #FraserValley #MissionBC #ExploreBC #Ice #Winter #BritishColumbia #Sunrise pic.twitter.com/dZF8zU8BCZ