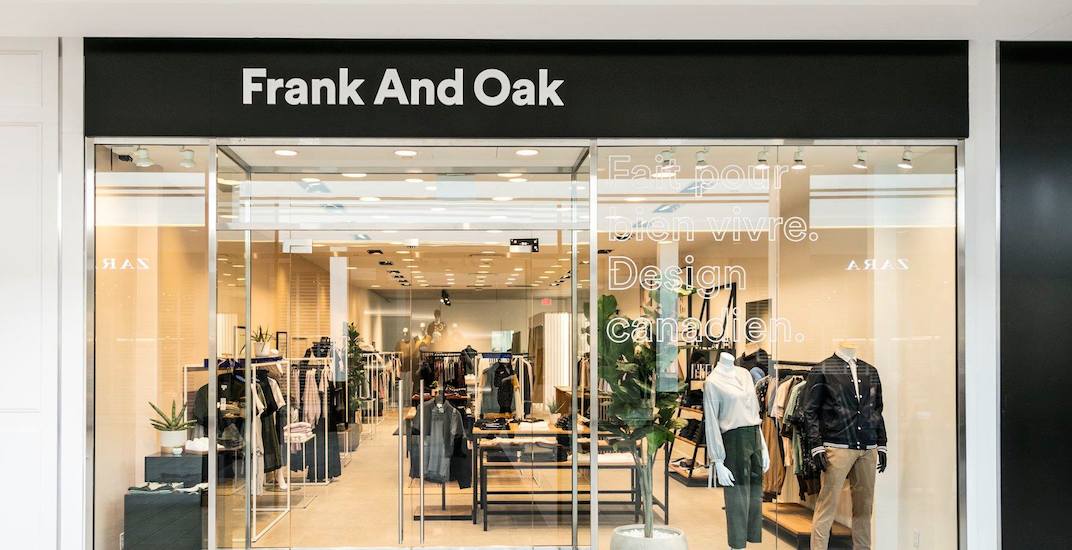 The Montreal-based men and women’s fashion retailer says its latest store in BC will open in the Metropolis at Metrotown shopping centre in Burnaby this Friday at noon, with special opening activities planned throughout Saturday.

It will be a 2,400 sq. ft. store, which is approximately the same size as most of the company’s other locations.

In 2015, Frank And Oak opened a flagship location at 316 West Cordova Street in Gastown, and this was followed up in December 2017 with a one-year women’s fashion pop-up shop at 1173 Robson Street.

In between those expansion years, the company rebranded itself with a modification of its name and logo, launched a new app with same day delivery, and started a new store concept.

It currently has over a dozen stores nationwide.