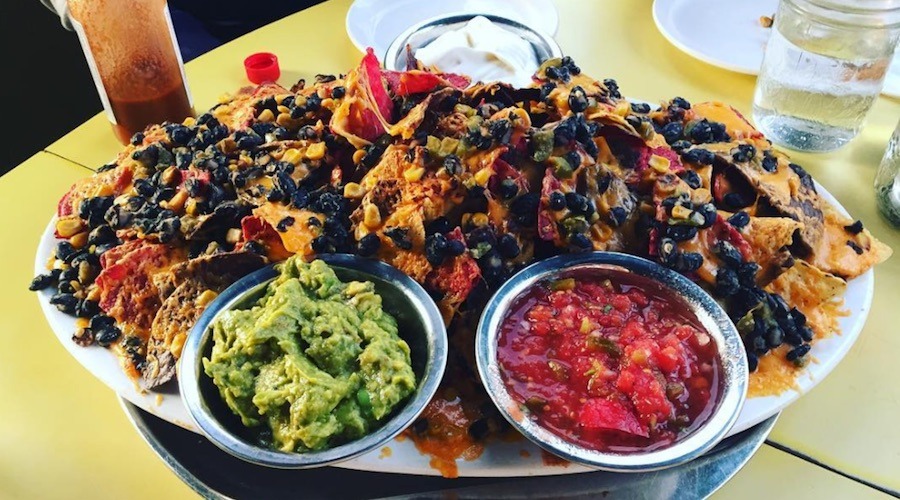 For years, many considered The Foundation’s nachos to be all that and a bag of chips–possibly because even the smallest portion of their classic meat-free nachos was about a bag of chips plus toppings.

Sadly, the rough-around-the-edges Mount Pleasant vegetarian restaurant’s days are numbered: The Foundation is about to close down.

Known for their aforementioned nachos, their meat-free eats, their eclectic “broke uni student” decor and vibe, and what many consider lacklustre service, The Foundation has been a mainstay on Main Street for nearly 15 years.

News of their closing is a bit under the radar; the restaurant doesn’t have a website or Facebook page and infrequently updates their Instagram account, and there are no signs posted outside the restaurant declaring the end of their era.

While some employees have confirmed the closure, some details remained up in the air in the last week or so. Customers have heard the restaurant will shutter by the end of January, while others have been told in February–and that the reason is “increased rents.”

An employee told us by phone she had “no comment” about the closure and that she herself didn’t know what was happening, but that “a release would be out in the next day or two,” and we’d all know more then.

The Foundation announced formally on their sole social media channel–Instagram–on January 17 that they would be closing on February 26:

We started this journey 15 years ago. Built with no business plan, but with our hearts. To build a community around a restaurant. To be different. With real sadness, we announce that we will be closing our doors on Feb. 26th. We are honored to have been able to serve the community for the time we had. I sincerely thank every person who gave us a chance and walked through our door. We have been lucky to have all the staff over the years. Great people, my family. We will miss you so much. Love #morebeanslesswar #endofanera Ps if anyone were to know a good recipe book publisher….

So it looks like there may be precious few days left to head to The Foundation for their legendary nachos (but only after 4:30 pm, since they don’t start serving ’em till then) and their veggie fare.

Editor’s note: This article has been updated from its original version to include The Foundation’s formal announcement confirming the closure and their last day.