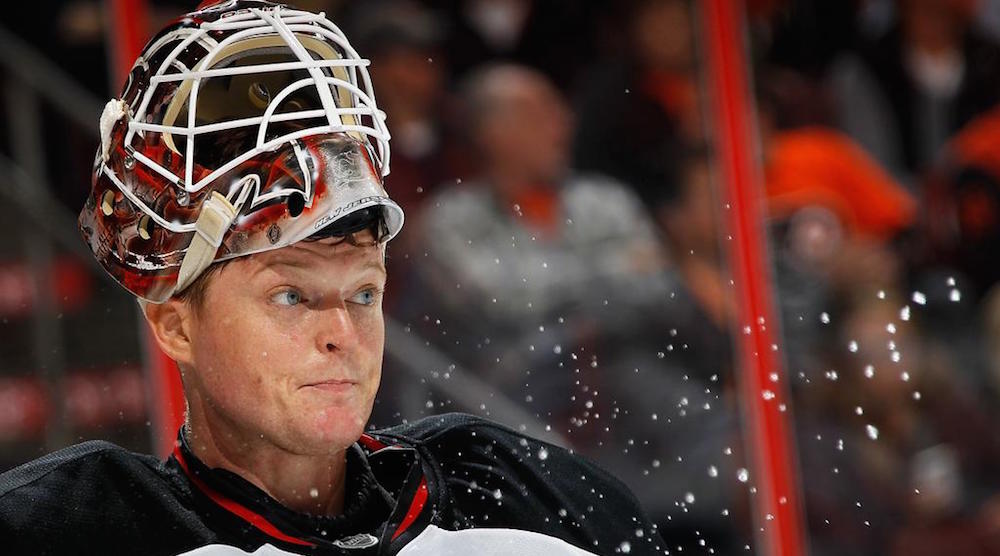 Cory Schneider’s time with the New Jersey Devils has come to an end, and his NHL future is in doubt.

The former Canucks goalie has been placed on waivers today for the purpose of a buyout, the Devils announced. If Schneider goes unclaimed on waivers — and he will — New Jersey will buy him out of the remaining two years on his contract, which called for him to be paid $6 million per season.

Schneider, 34, has seen the quality of his play plummet since 2016, when he played in the NHL All-Star Game and was picked for Team USA’s roster at the World Cup of Hockey. The American netminder posted sparkling save percentages of .921, .925, and .924 in his first three seasons in New Jersey. From there, Schneider battled injuries, age, and confidence, seeing his save percentage drop to .908, .907, .903, and .887 in the last four seasons.

He couldn’t buy a win in 2018, going more than a full calendar year without posting a single regular season win.

It’s quite the fall from grace for Schneider, who, before he left Vancouver in 2013, had supplanted Roberto Luongo as the Canucks’ starting goalie.

Schneider will become an unrestricted free agent and can sign with any team in the league, though he’ll likely have to prove he can play at the NHL level again before a team commits much money towards him.