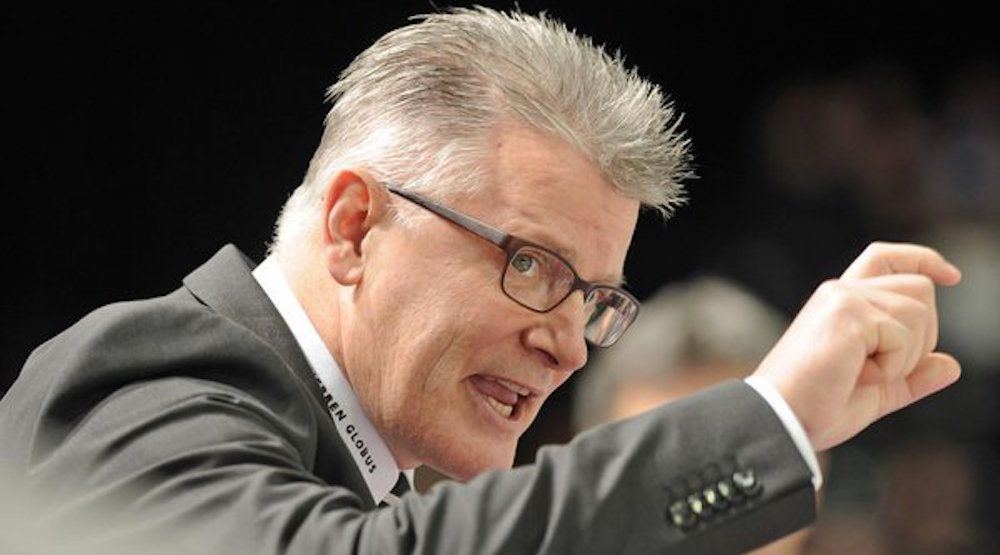 Marc Crawford could be in hot water for abusive conduct during his NHL coaching career.

The former Vancouver Canucks head coach is currently an assistant with the Chicago Blackhawks, but has been removed from the team.

Crawford missed Monday’s game against the St Louis Blues, with the Blackhawks announcing that they will be “conducting a thorough review” based on the “recent allegations that have been made regarding his conduct with another organization.”

The Chicago Blackhawks will be conducting a thorough review of assistant coach Marc Crawford based on the recent allegations that have been made regarding his conduct with another organization.

Marc Crawford will be away from the team during this time and the organization will have no further comment until completion of the review. #Blackhawks

The move appears to be in response to an article recently published in the New York Post, in which former player Sean Avery claims Crawford kicked him when the two were together with the LA Kings during the 2006-07 season.

Avery says he was kicked for taking a too-many-men-on-the-ice penalty.

“We got scored on, and he let me have it,” said Avery.

Avery has since spoken out in support of Crawford, saying he “deserved” to get kicked.

“Marc Crawford had every right in the world to kick me in the ass,” Avery said in a video posted to Twitter. “He should have spanked my ass a little bit more. I deserved it. I loved Crow. He’s my second favourite NHL coach.”

This isn’t the first time that Crawford has been accused of physically abusing one of his players, though. Former Canucks defenceman Brent Sopel, who said he hated playing for Crawford, shared a story on the Spittin’ Chiclets Podcast last year, describing the coach’s behaviour in detail.

“He kicked me, he choked me, he grabbed the back of my jersey and pulled me back,” Sopel recalled.

Sopel, who was with Crawford for the entirety of his first stint with the Canucks from 1999 to 2004, also played for him with the Kings in 2006-07. You can understand why the former defenceman didn’t get along with Crawford from this other anecdote he shared:

I thought the NHL was no hope after that meeting.

Crow and I had a love-hate relationship. We had more f**k you matches on the bench and in the dressing room than I’ve ever heard. He came after me all the time.”

Crawford’s removal — whether it be temporary or permanent — comes just days after Calgary Flames head coach Bill Peters was forced to resign after allegations of racist behaviour a decade ago.

Former Maple Leafs coach Mike Babcock has also been under fire recently, as more former players share their own horror stories about playing for him.

Chris Chelios recently told Spittin’ Chiclets that Babcock “verbally assaulted” his former Red Wings teammate Johan Franzen during the 2012 playoffs. The Hall of Fame defenceman said it caused Franzen, who had concussion problems during his career, to have a “nervous breakdown.”

Crawford’s not likely to be the last coach put under the microscope as the hockey world tries to identify what is deemed acceptable behaviour in 2019.