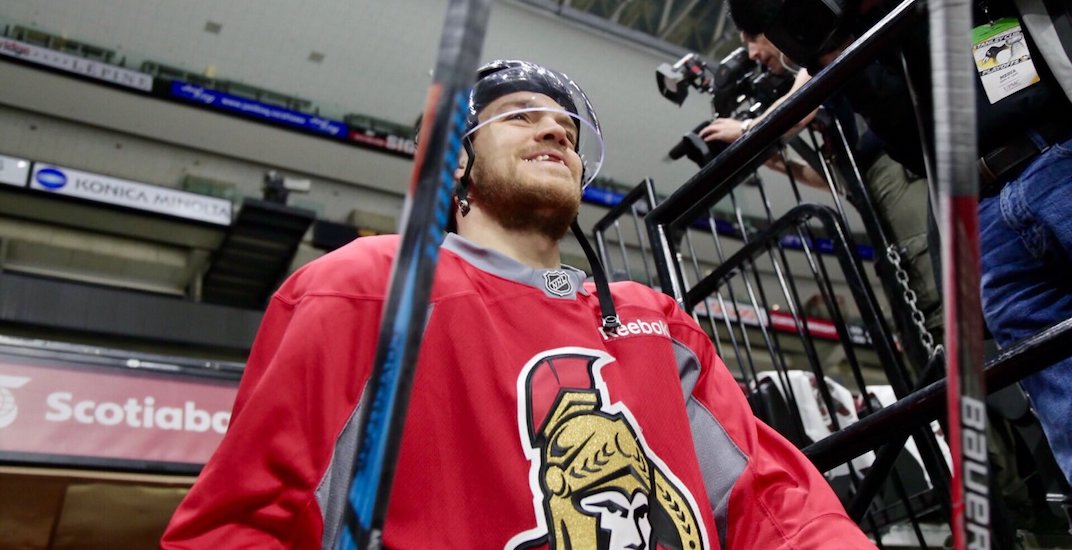 If you didn’t know why Mark Borowiecki was nicknamed “Boro Cop” by his teammates, you do now.

The rugged Ottawa Senators defenceman did some crime-fighting in downtown Vancouver recently, as his team prepares for a Tuesday night game against the Canucks.

With 620 career penalty minutes since making his NHL debut in 2011-12, hockey fans already knew that Borowiecki isn’t afraid to get physical, but this was next-level.

Borowiecki witnessed a car getting broken into in Gastown, before springing into action. When the thief tried to flee the scene on a bicycle, Borowiecki clotheslined him to the ground and retrieved the bag according to multiple reports. The bag had passports in it, according to Sportsnet’s Dan Murphy.

Also Mark Borowiecki witnessed a car break in yesterday in Gastown. Clotheslined the guy off his bike when dude tried to flee. About to meet cops to give back the bag which had passports in it.

Mark Borowiecki is returning calls from Vancouver police who require his statement after he foiled a robbery yesterday by clothes lining a guy on a bike who had stolen a bag. He then wrestled him down and retrieved the bag.

“Vancouver Police are investigating a report of a theft from auto in which the witness, Mark Borowiecki, did assist in retrieving the stolen property and notifying the VPD,” a VPD spokesperson told Daily Hive. “We are grateful for Mark’s assistance and do recommend that if anybody does witness a crime to immediately notify the Vancouver Police and to stay safe.”