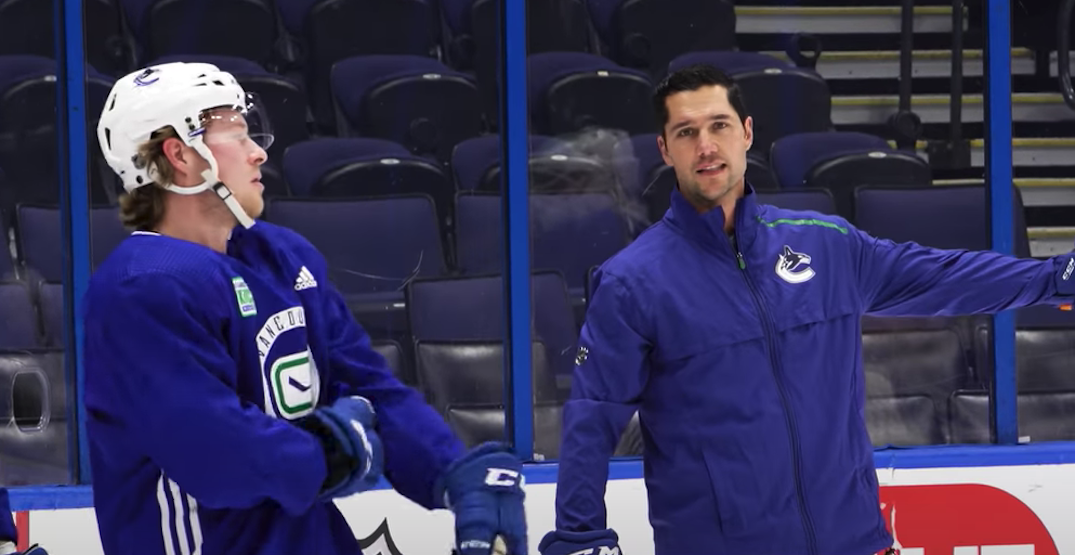 When the Vancouver Canucks gathered for training camp in September, it was expected that a few of them would be heading to the Winter Olympics in February.

Nobody thought Nolan Baumgartner would be the only one that ended up getting picked.

With the NHL pulling out of the Olympics, international teams have been forced to go with Plan B, both in terms of players and coaches.

That means finding talent outside of the best league in the world, which now includes Baumgartner, who was fired by the Canucks along with Travis Green, Jim Benning, and John Weisbrod on December 5.

“We are excited to announce our experienced management group and coaching staff that will lead Canada’s Men’s Olympic Team at the 2022 Olympics,” said Hockey Canada CEO Tom Renney. “With less than a month until the men’s tournament gets underway at the Olympics, we are excited to continue working with the entire staff as it prepares to represent Canada and build a roster that Canadians can support as it looks to bring home an Olympic gold medal.”

Canada won bronze four years ago in PyeongChang, an Olympic tournament that was also played without NHL players.

Doan’s task is to fill in the roster with Canadian hockey players playing in Europe and the AHL, as well as players in college or junior leagues.

Port Moody’s Kent Johnson, along with University of Michigan teammate Owen Power, will make team according to a report from CHEK’s Rick Dhaliwal.

“Shane, the entire management and the coaching staff have been working extensively to evaluate players and build a roster that gives us the best chance to compete for a gold medal, and we look forward to unveiling that roster in the coming weeks,” said Salmond.

The Beijing 2022 Winter Olympics begin in three weeks, on February 4. Canada plays its first game of the men’s ice hockey tournament against Germany on February 10.