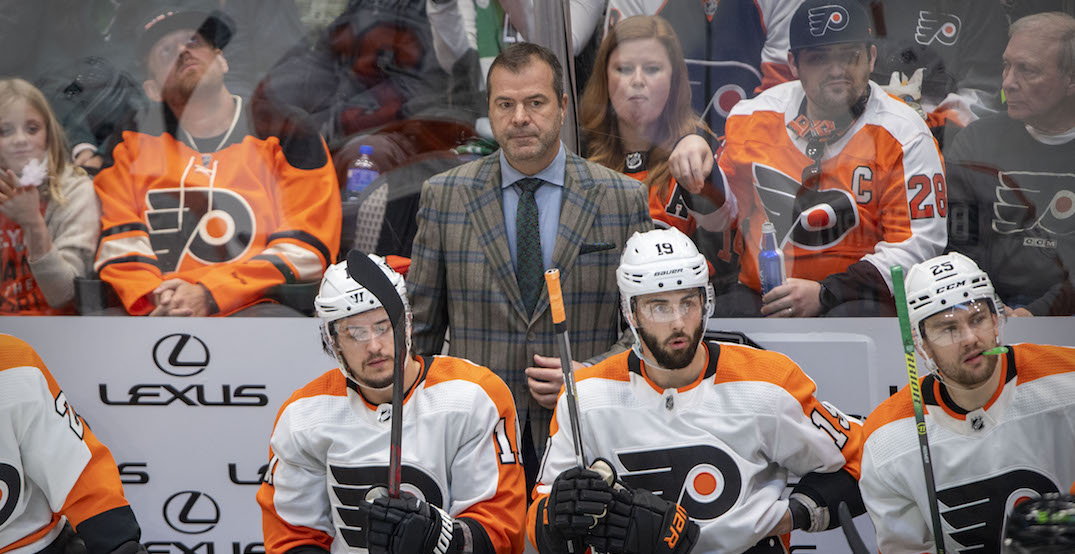 After less than three years in charge in Philadelphia, Alain Vigneault has been fired by the Flyers.

A day after his old team made a coaching change, the former Vancouver Canucks bench boss has been relieved of his duties. Assistant coach Michel Therrien was also fired, with Mike Yeo named interim coach.

Some have speculated that the Canucks may have had an idea that the Flyers would make a coaching change, leading them to pouncing on Boudreau when they did.

The Flyers are 8-10-4 this season, which puts them already seven points back of a playoff spot.

The most successful head coach in Canucks history, Vigneault was behind the bench in Vancouver for 540 regular-season games from 2006 to 2013. The 60-year-old Quebec City native is one of the winningest bench bosses in NHL history with 722 career wins as a head coach with the Montreal Canadiens, Vancouver Canucks, New York Rangers, and Philadelphia Flyers. That puts him eighth all-time in wins.