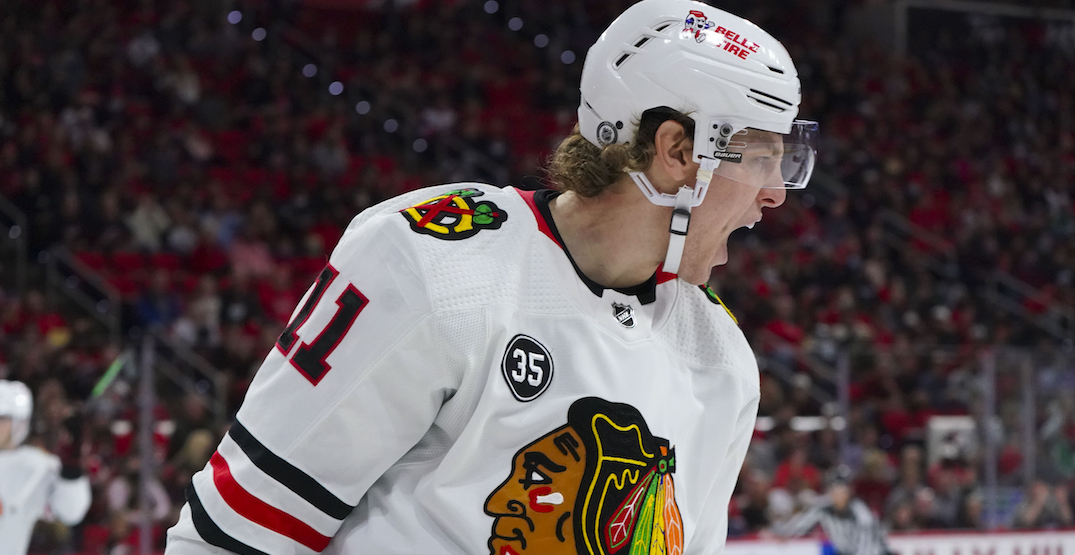 Adam Gaudette is available for free to any NHL team that wants him.

The 25-year-old centre, who was traded by the Vancouver Canucks in April, was put on waivers by the Chicago Blackhawks today.

The Braintree, Massachusetts, native has two goals in eight games with Chicago so far this season. He had four points in seven games with the Blackhawks after the trade from Vancouver last season.

Gaudette has averaged just 10:31 of ice time per game with the Blackhawks, including 1:10 per game on the power play, which is where he scored his lone goal of the season. He has been used primarily as a winger in Chicago.

“I didn’t believe it at first,” Gaudette told reporters on November 10, via Chicago Sun-Times writer Ben Pope. “I thought it was a bunch of bull, to be honest — but I believe it’s real now. Carrying around certain crystals and sageing with different types of herbs and stuff, it gives you that extra little confidence that there’s something else out there that gives you energy.”

Unfortunately for Gaudette, he hasn’t had a chance to show off the power of the crystals since then, as Gaudette has been a repeated healthy scratch, including in a potential homecoming against the Canucks Sunday at Rogers Arena.

He last played a season-low 5:18 way back on November 9 — his only game under new interim head coach Derek King.

Gaudette never played another game for the Canucks after the COVID outbreak that hit the team in March and April. GM Jim Benning moved him to Chicago for Matthew Highmore after rumours that the team blamed him for being patient zero in the outbreak — something that Gaudette denied.

If the team weren’t upset at Gaudette, perhaps they’d consider reacquiring him. He is a right-shot centre, and the Canucks need all the help they can get offensively.