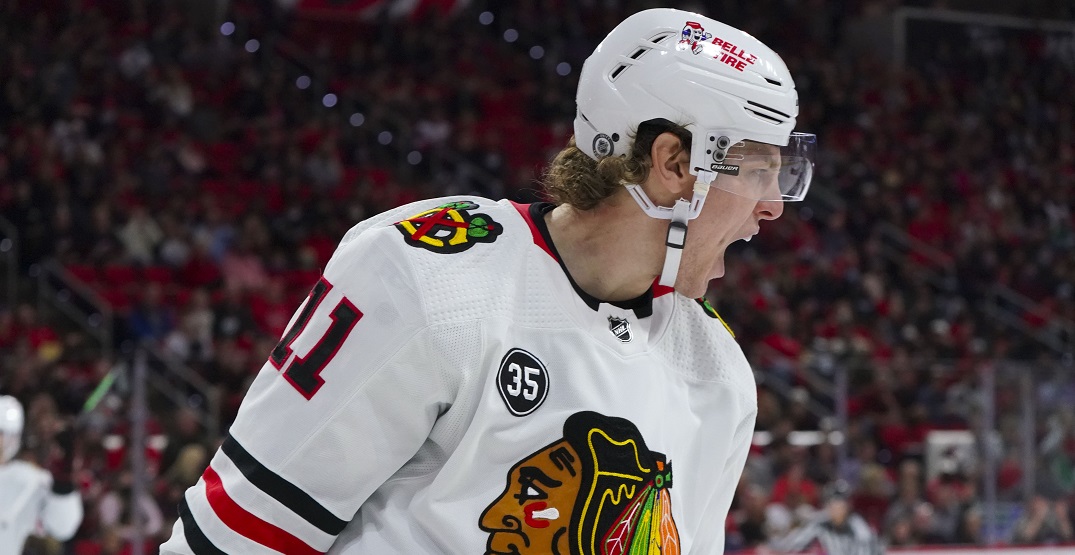 Former Vancouver Canucks forward Adam Gaudette has found a new source of inspiration with the Chicago Blackhawks through carrying certain crystals with him.

Now in his second year in Chicago, Gaudette is fighting for a role in the team’s top-six forward lineup. And he’s taken inspiration from wife Micaela and her mother, who Gaudette said has “kind of got a sixth sense” and introduced him to crystals.

Healing crystals have had a resurgence in popularity recently, with participants carrying around crystals such as quartz or opal as a good luck charm.

“I didn’t believe it at first,” Gaudette told reporters on Wednesday, via Chicago Sun-Times writer Ben Pope. “I thought it was a bunch of bull, to be honest — but I believe it’s real now. Carrying around certain crystals and sageing with different types of herbs and stuff, it gives you that extra little confidence that there’s something else out there that gives you energy.”

Gaudette was sent from Vancouver to Chicago in April for Matthew Highmore.

It was rumoured that Gaudette was traded due to being “Patient Zero” in the team’s COVID-19 outbreak — though he personally called that rumour “bullshit” last season.

In fifteen games this season and last with his new team, Gaudette has scored two goals and added four assists.

But it’s not just crystals that have been a new thing for him in Chicago, as the team brought in interim head coach Derek King last week to replace Jeremy Colliton.

“There’s a different vibe and different energy in the locker room right now,” Gaudette said about the coaching change.

Gaudette said he’s fighting for a spot higher in the lineup, and that having certain crystals around helps to calm his nerves.

“It’s new to me, and I’m trying to figure it out, but I like it,” Gaudette added. “It gives me a sense of calming and puts my mind at ease. Yesterday, I was feeling really, really good after the sageing and cleansing of our home inside. My confidence just felt a lot better.”