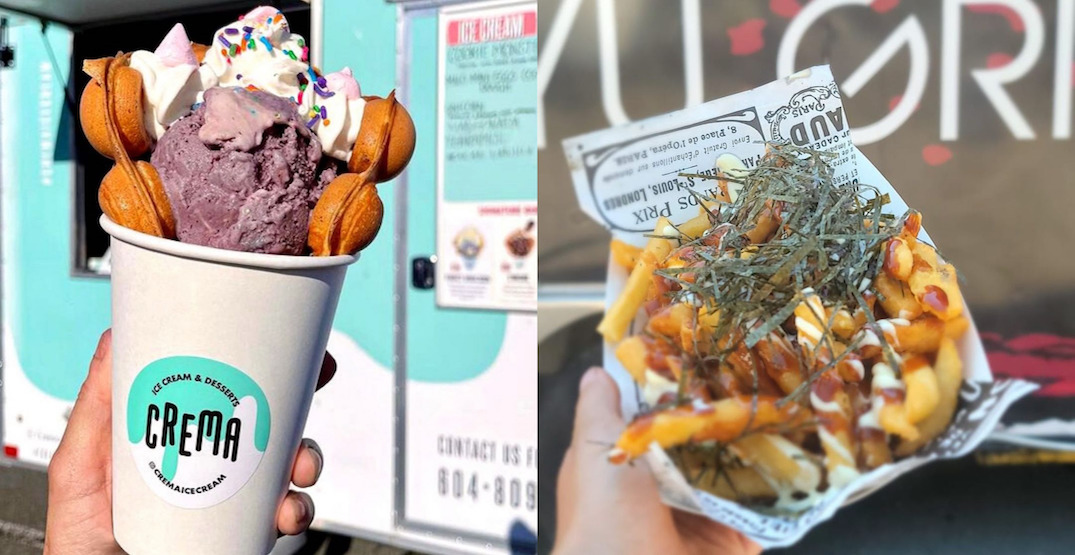 If you think the end of summer means it’s the end of food truck season, think again.

The folks who bring us the Greater Vancouver Food Truck Festivals all summer long already have a lineup of events slated to go down in the fall.

Think orange leaves, cooler weather, and cinnamon-sugar mini donuts and you have a bit of an idea of what to expect from this fall’s three planned weekends of food truck fests.

Catch the organization’s array of food trucks in Richmond from September 2 to 4, Coquitlam on September 10 to 11, and Abbotsford on September 16 to 18.

The featured trucks will depend on the location and the weekend, but you can expect to see vendors like Munchu Picchu, Kona Ice, Dos Amigos, Melt Town Grilled Cheese, and Little oOties mini donuts.

Each of the fall events will also feature live music and a BC Shop Local marketplace where you can peruse wares from local artists and vendors. Both the Richmond and Coquitlam installments will also include a beer garden – a hot attraction, not just for the summer months!

Pack a sweater (and maybe an umbrella) and be sure to hit up your nearest event this September.