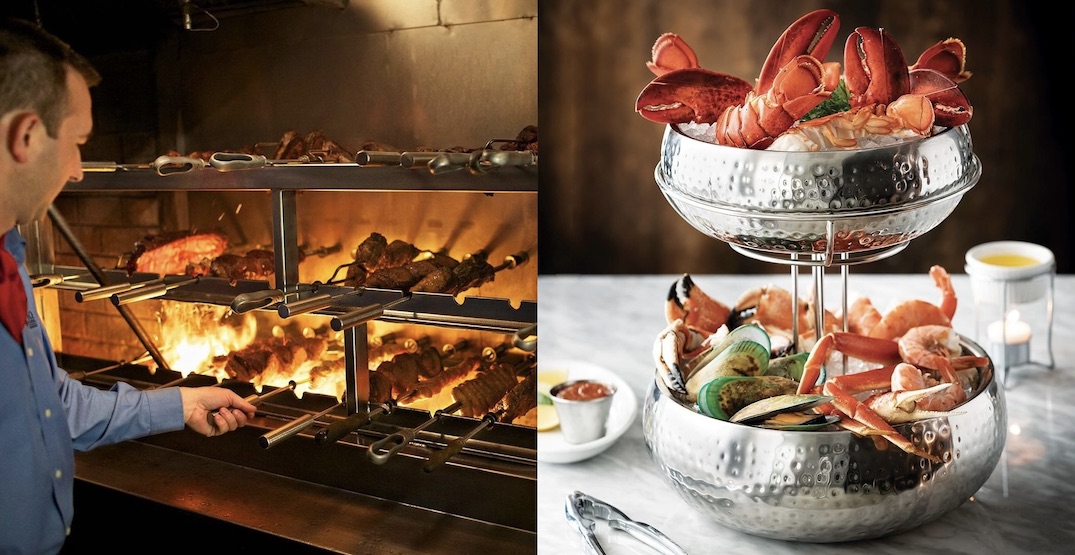 While one homegrown chain continues to expand outside of the country, an international name has revealed plans to enter Canada: Fogo de Chão.

Fogo de Chão is an internationally renowned restaurant from Brazil that was founded in the southern part of the country in 1979.

The concept uses the centuries-old cooking technique of churrasco, aka the art of roasting high-quality cuts of meat over an open flame.

Fogo sets up the experience so guests can “make discoveries at every turn” when dining at one of its 66 locations worldwide.

It offers seasonal salads, soups, veggies, imported charcuterie, and meats that are “butchered, fire-roasted and carved tableside by gaucho chefs.”

From dry-aged to premium Wagyu cuts to seafood a la carte, Fogo offers a wide selection of food and a cocktail program and an impressive South American wine list to go with it.

Now, the concept has its sights set on Canada.

Fogo de Chão says it will aim to open 10 locations in the country over the next 11 years through an agreement with Toronto-based Debut Development Group.

The brand recently announced plans to enter Asia kicking things off with an outpost in the Philippines. It also continues to grow in the US and globally.

Dished has reached out to Fogo for additional information on where locations will be opening, so stay tuned!

Check out some other international chains that are planning to open in Canada.