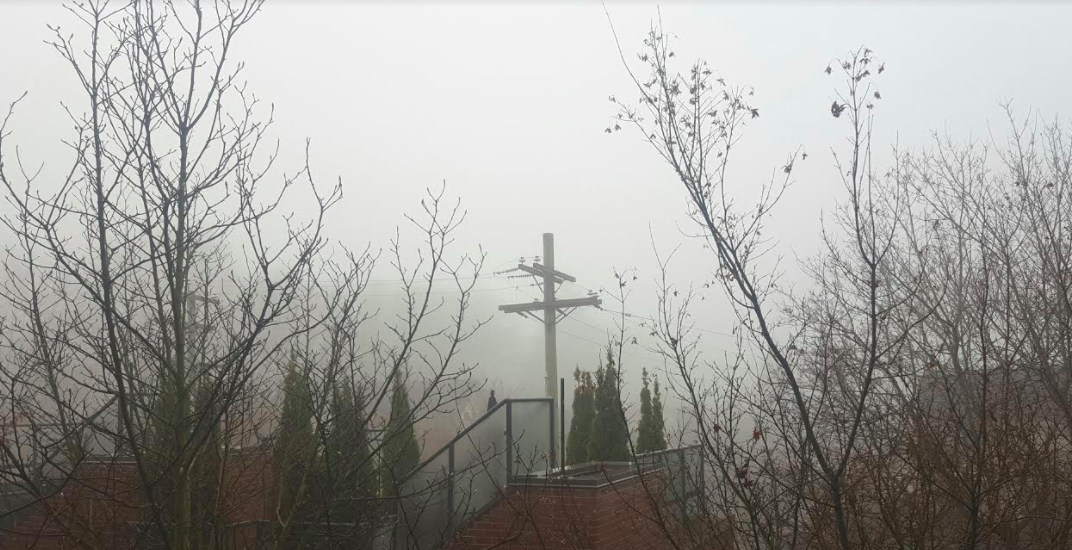 The fog has fully made its way back into Metro Vancouver this week.

So much so, that Environment Canada has issued an advisory regarding the low-hanging cloud of moisture.

The advisory applies all the way from West Vancouver, south to Delta, and out east to Maple Ridge and Langley.

The agency says that near zero visibility is expected “or occurring.”

The heavy fog is brought on by a strong ridge of high pressure that is persisting  over BC through this week.

“Moisture trapped under a temperature inversion will result in extensive areas of dense fog,” Environment Canada says. “If travelling, be prepared for areas of near-zero visibility.”

Skies are expected to clear somewhat during the afternoons, particularly away from the water.