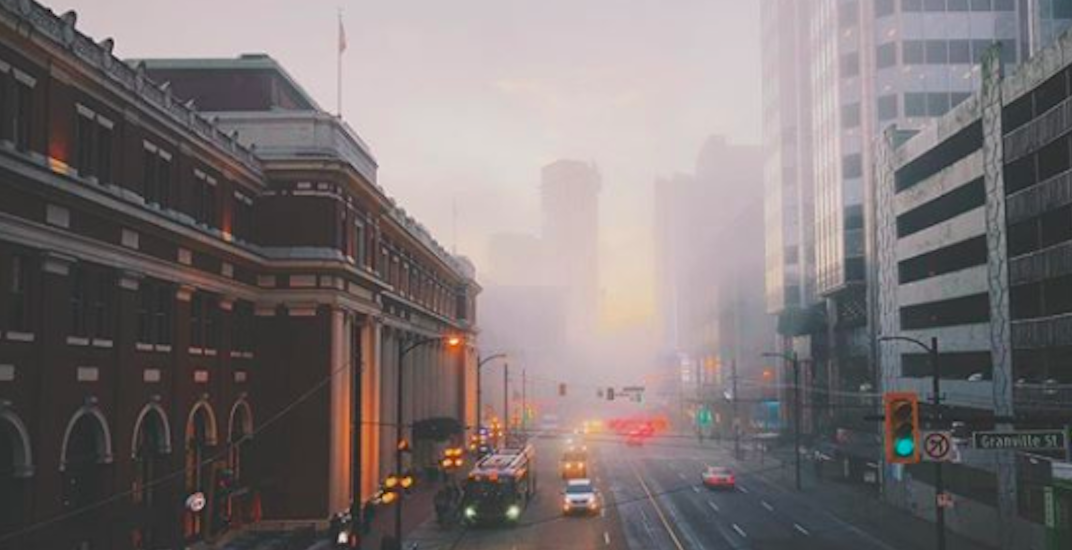 Between the rain, grey skies, and yes, even occasional snow, fog in Vancouver is another sure sign that the winter season is fully upon us.

In fact, the fog in the forecast has prompted Environment Canada to issue a warning for the city this week.

The agency said the fog is being caused by moisture trapped under a temperature inversion as part of a strong ridge of high pressure over BC this week.

And while the fog may result in “near zero visibility” it does make for some great / eerie photos of our amazing city.

Here are 16 photos of this morning’s fog in Vancouver.

A post shared by Mitchell Shane Julian (@mitchelldoingthings) on Dec 7, 2017 at 8:13am PST

photos don’t do it justice but this is some jack the ripper level fog. earlier this morning was close to zero visibility… 🌫#fogwarning🌫