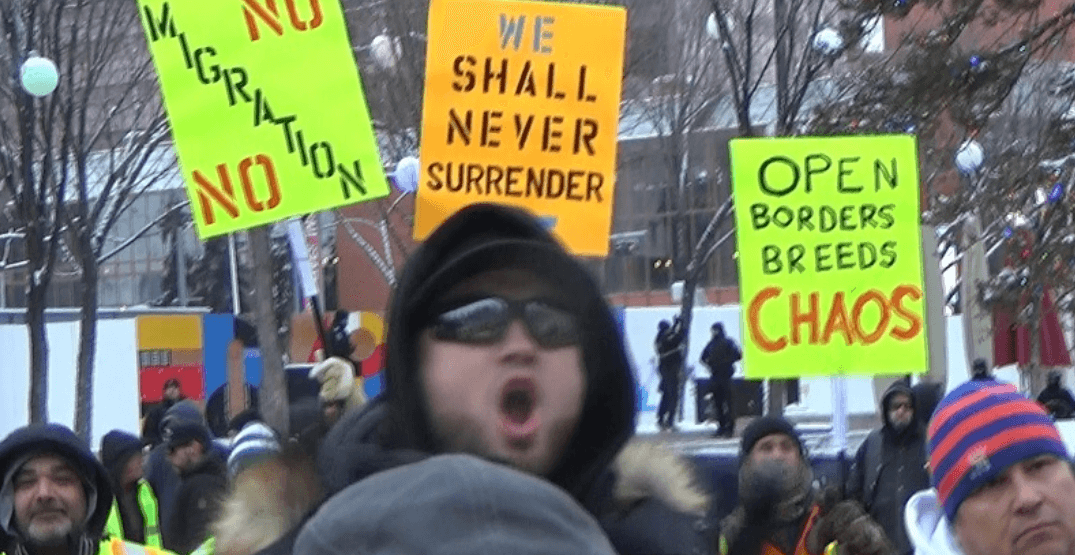 The anti-immigrant group known as the Yellow Vests are planning a rally at Burnaby City Hall this weekend.

The controversial group — not related to the movement in France — has as aligned itself with the National Citizens Alliance (NCA), a registered federal political party that describes itself as “anti-globalist” and “pro-Canadian.”

“Call out to ALL Canadians in the Burnaby, Vancouver, lower mainland area to join us in opposition to the globalists and United Nations,” reads the description, for the event planned on Saturday at Burnaby City Hall.

The NCA says it is using its “platform to support the yellow vest movement.”

“We believe that as a true grassroots, uncontrolled official federal party, politics and activism are the same and integral to who we are as a federal party,” stated the party on its website.

As for its platform, the NCA aims to implement a “strong no-nonsense immigration policy that puts the well-being and safety of the Canadian people first.”

“The National Citizens Alliance shares similar values as the Council of European Canadians. Although we recognize all Canadians who embrace Canada as their homeland and Canadian values, we recognize the significant contribution of Euro-Canadians to our county’s identity, heritage, culture, values, and the creation of the Canadian nation itself,” says the party.

The NCA’s founder and leader Stephen J. Garvey and the federal candidate for the Burnaby South by-election, Zachary Johnson, will also speak.

Burnaby’s City Clerk, Kate O’Connell, says that city hall is aware that the rally is taking place on its grounds.

O’Connell said that the group’s event is in accordance with the city’s Election Campaigning Policy, specifically under Section E that states “campaigning is permitted on public realm and common areas outside of City-operated facilities” provided that:

O’Connell said as long as the group follows this policy, the rally will be permitted. When asked about the decision to allow both controversial groups to gather at Burnaby City Hall, O’Connell said: “it was not something [she could] comment on.”