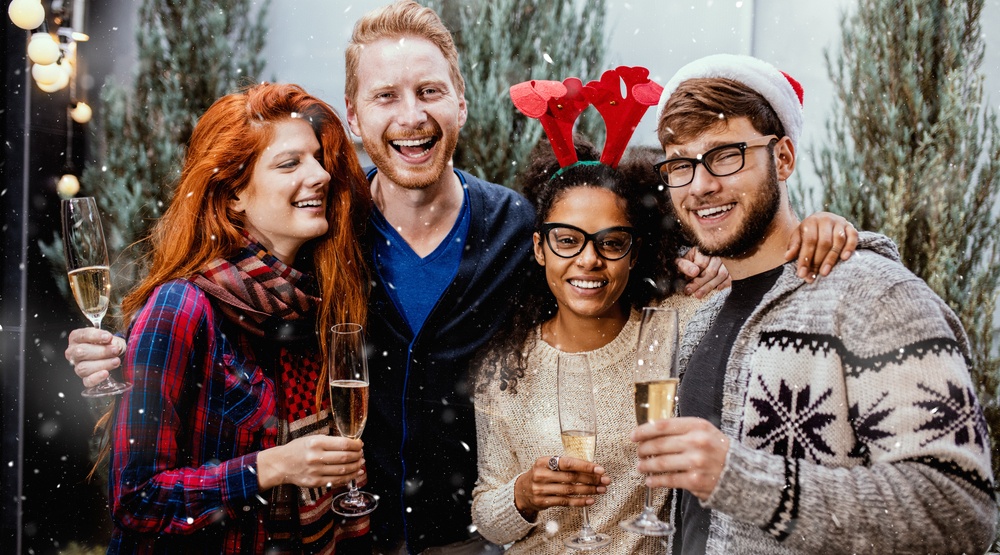 While some revellers will choose to use free public transit to get home after Concord’s New Year’s Eve Vancouver fireworks celebrations in downtown Vancouver, others will undoubtedly try to hail a cab – but with great difficulty.

That is why organizers of the massive Concord’s New Year’s Eve Vancouver fireworks celebration have partnered with Vancouver-based ridesharing app Flok in the hopes of making the trek home easier and safer. Very much unlike Uber, drivers pick up passengers who are merely going to the same destination or a destination along the way.

“Since people are coordinating rides beforehand, they can better plan their way home and ideally reduce the number of people that drink and drive at these types of events,” Clio de la Llave, co-founder and CEO of Flok, told Daily Hive.

“New Year’s Eve in Vancouver is one of the busiest nights of the year for both cab companies and public transit. Some people decide to skip the fuss and drive themselves. We’re asking those drivers to offer their extra seats to others en route to the same party – reducing wait times and traffic for everyone in the city.”

Flok provides a sound alternative to taking a taxi home given the shortage of taxis in the city and the expected surge in demand from the crowds watching the fireworks and attending other parties in downtown.

Using the app, drivers attending Concord’s New Year’s Eve Vancouver who have extra seats in their vehicle can post their ride details on the app, such as departure and destination locations, time of departure, requested financial contribution, and other details. Drivers only share gas, tolls, and parking costs with their passengers – there is no profit and there is no surge pricing.

“There is absolutely no surge pricing as the driver is not making a profit, only covering his or her travel costs,” de la Llave continued.

“Essentially, Flok is just a platform on which to facilitate carpooling. It is an easy-to-use application meant to coordinate passengers and drivers already going to the same destination. Trips will be planned ahead of time, including the price per seat the driver is requesting. We are not an on-demand service like Uber.”

Some other app features include the ability to view user profiles and rating systems and use an in-app messaging to help coordinate pick-up location.

“Flok was originally created for travelling longer distances, but we adjusted our model for this night in hope that our platform can solve a problem for many Vancouverites this NYE,” she said.

At this time, the Flok app is only available on iOS. An Android version will be released at a later date.

Both fireworks shows will be launched from a barge in the middle of Coal Harbour. The five-minute-long Family Fireworks will kick off at 9 pm while the more spectacular and intense Midnight Fireworks, lasting for 10 minutes, will allow Metro Vancouver to properly ring in 2017.