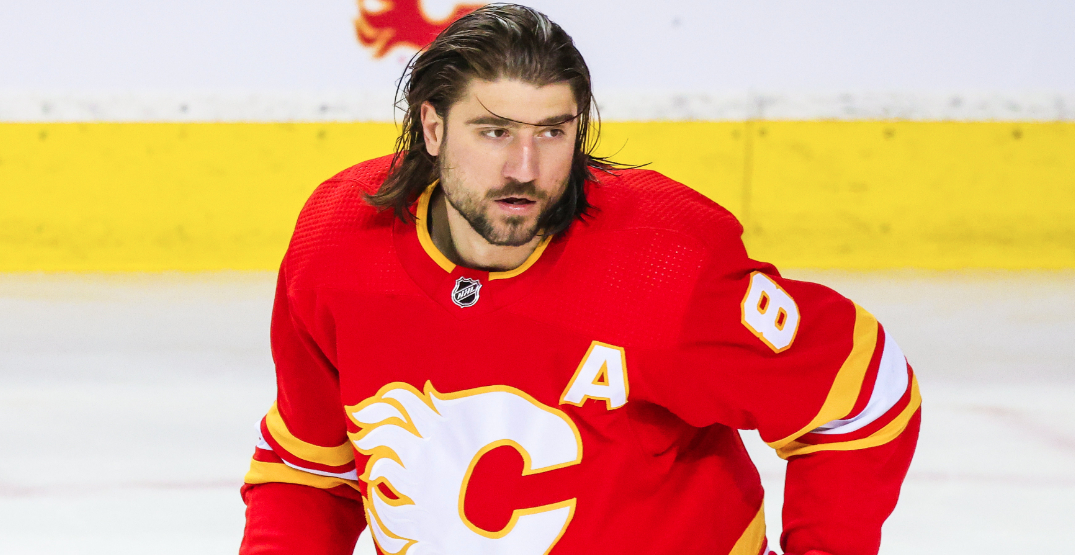 His Calgary Flames had an optional skate on the morning of Game 1 in their second-round Battle of Alberta series against the provincial foe Edmonton Oilers, giving a little glimpse into a potential lineup or the return of key blueliner Christopher Tanev.

In fairness to the skipper, the Flames have routinely used optional skates on game days with Calgary competing every second day through their opening-round series win against the Dallas Stars.

Meaning the status of Tanev, who missed Game 7’s overtime thriller against the Stars with an undisclosed injury, remains questionable for the series debut against the Oilers on Wednesday.

The response came 24 hours after telling media not to “ask about injuries or who’s playing anymore.”

“The league should have a policy on it because, during the regular season, you’re day-to-day, you’re on IR for work, or you’re LTIR, which is long-term, so why would that open up during the playoffs?” Sutter questioned Tuesday. “Nobody should have to answer questions. Nobody should have to say it. Why should a coach come up and talk about someone who’s injured? It’s like, it’s not right. That’s like saying, ‘here’s another cookie.’”

Tanev did participate in practice Tuesday, taking up his regular spot alongside partner Oliver Kylington.

Tanev had no points and an even rating in six games against Dallas, 28 points (six goals, 22 assists) and averaged 20:28 of ice — third-most on the team — while playing all 82 games in the regular season.

“He does it all for us,” Matthew Tkachuk said. “He’s obviously a great player and does a lot on the ice, but I think what separates him from basically everybody is his leadership off the ice. In the locker room when he speaks, everyone stops what they’re doing and listens. He’s been a huge part of us kind of rebuilding our team and our mindset and becoming the team we are now with how close we are and the way we play, the style. He’s probably been the biggest part of that.”

“Just a guy who does everything…blocks shots, PK, never complains, never really in the spotlight and does a lot of work and is a big leader behind-the-scenes, which is very, very important for us.”

It’s a spot Michael Stone took in Game 7 and has performed admirably in a seventh rearguard role when tasked with spot duty.

Calgary also recalled rearguard Juuso Valimaki from the Stockton Heat of the American Hockey League on Wednesday morning, adding to the speculation of Tanev’s absence.

Here’s how the Flames could shake out when they host the Oilers for Game 1: