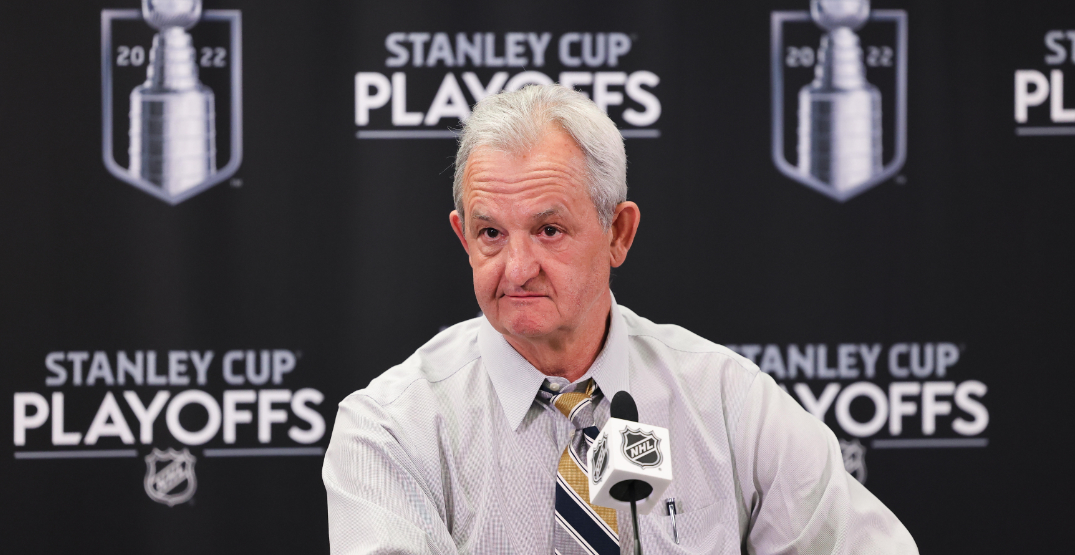 You’re better off trying to take Fort Knox with a slingshot.

On Tuesday, Sutter was especially mum on the eve of Calgary’s second-round series against the Edmonton Oilers when asked if he was happy to see injured defenseman Christopher Tanev back skating with the main group.

“Don’t ask about injuries of who’s playing anymore,” Sutter lectured. “The league should have a policy on it because, during the regular season, you’re day-to-day, you’re on IR for work, or you’re LTIR, which is long-term, so why would that open up during the playoffs? Nobody should have to answer questions. Nobody should have to say it. Why should a coach come up and talk about someone who’s injured? It’s like, it’s not right. That’s like saying, ‘here’s another cookie.'”

Tanev was absent from the do-or-die Game 7 overtime win against the Dallas Stars to push Calgary into the second round ‘Battle of Alberta’ matchup against the Oilers.

He had no points and an even rating in six games against Dallas, 28 points (six goals, 22 assists) and averaged 20:28 of ice — third-most on the team — while playing all 82 games in the regular season.

The Flames moved from an 11-forward, seven defenceman setup they used for Game 5 and Game 6 and went with a more traditional 12 and six format that featured Michael Stone skating in Tanev’s spot alongside Oliver Kylington.

The good news for the Flames?

Tanev skated on his own before joining teammates in practice Tuesday and returned to his spot behind Kylington in drills.

The bad news for Calgary?

He, at times, appeared uncomfortable.

“I’m happy to see everybody out there,” Sutter said.

The bench boss used the following configuration in the practice.

How Tanev responds to a full team practice is unknown, after Sutter divulged his policy.

Whether he resumes in that spot in Game 1 against Edmonton will likely be a wait-and-see when it comes to the pre-game skate on Wednesday.

Because you won’t hear it from the coach.