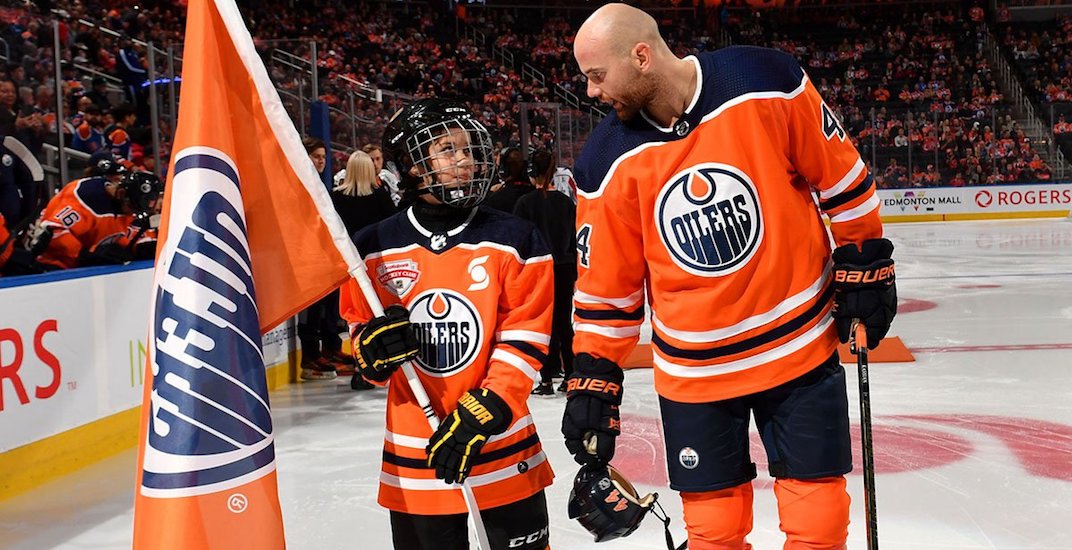 The Battle of Alberta is known for bad blood, but this latest feud between fans of the Calgary Flames and Edmonton Oilers is giving everyone all the feels.

In response to what he called a series of “dangerous” hits from Flames winger Matthew Tkachuk, Oilers forward Zack Kassian took matters into his own hands on Saturday. Kassian pummelled Tkachuk, and was suspended two games by the NHL for fighting an unwilling combatant.

Flames fans then began raising money to put Tkachuk’s face on a billboard in Edmonton as a troll tactic. Calgary radio station CJAY92 got in on the action, offering to pay for the costs.

That allowed Mohamed Elsaghir, the Flames fan who started the fundraiser, to donate the money raised (currently more than $8,000) by fans to ALS research instead.

In honour of Kassian, Oilers fans donated money to Brown Bagging for Calgary’s Kids, a Calgary-based charity that “connects and inspires people to take meaningful action to feed and care for kids.”

But what started as a $25 donation by an Oilers fan named Sam quickly snowballed, as a number of other fans in Edmonton quickly followed suit.

W. Brett Wilson, an entrepreneur and philanthropist according to his Twitter profile, then took it to another level. He offered to match up to $10,000 for Brown Bagging for Calgary’s Kids as well as $5,000 to an Edmonton charity of Sam’s choosing (she chose YESS).

I can’t celebrate what @zkassian9 did. But cause is worthy & one I volunteer for already.

So I will match – up to $10k – whatever @EdmontonOilers fans can do for @BrownBaggingIt by noon Friday.

And give $5k to an EDMONTON shelter to be chosen by @SamInYEG #BabyItsColdOutside https://t.co/obiwQvUInj

Wilson then offered to fly Sam to Nashville, with two tickets to a Predators game (Wilson is an investor with the Predators), if fans could raise $20,000.

If we can get the total donated by @SamInYEG’s efforts to $20k for @BrownBaggingIt – I will arrange a trip to Nashville w/ two tickets for any season game for the @PredsNHL for #Sam for keeping it all so real. And right. And so Canadian. https://t.co/jtMLm4zgPT

ATB Financial has also stepped up, offering to donate $2,500 to each of The ALS Association and Brown Bagging for Calgary’s Kids.

Confused? Who cares, what a great turn of events.

#Oilers Fans THIS is what you are supporting.
Truly, no matter where you are, who you cheer for, or what you feel about this, you are helping us feed kids.