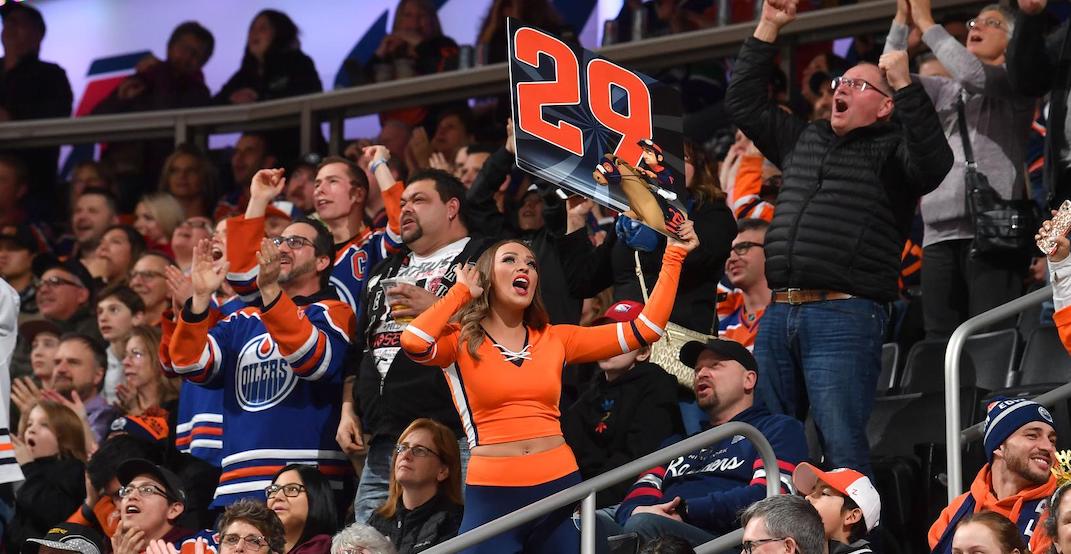 Just hours after a Calgary Flames fan started a fundraiser and successfully raised enough money to get a Matthew Tkachuk billboard put up in Edmonton, Oilers fans have officially responded.

Oilers winger Zack Kassian was suspended two games yesterday for an altercation with Calgary Flames left-winger Matthew Tkachuk during a game this past weekend.

An Oilers fan took to Twitter after news broke of the impending Tkachuk billboards, to enlist other Oilers fans to support her idea to retaliate — in Kassian’s name.

Other Oilers fans quickly followed suit, agreeing to donate to Calgary-based Brown Bagging It, a charity that helps provide lunches to kids at school who would otherwise go hungry.

Excellent idea! Doesn’t matter what side of the BOA you’re on, put that passion to good use. Well done suggesting this 👏👏👏 pic.twitter.com/Co23JVSVGT

A fundraiser has also been created by an Oilers fan to support another Alberta charity, The Project Warmth Society of Alberta, because the organizer was “very struck by the giving spirits of many Calgarians who I saw team up to donate upwards of $2500 towards installing some special monuments in my city of Edmonton.”

Who knew, acts of kindness can come from hockey rivalries too.

With the Flames and Oilers both currently holding down playoff spots in the Western Conference, it’s safe to say the Battle of Alberta is alive and well.

The next matchup between the Flames and the Oilers takes place in Edmonton on January 29.