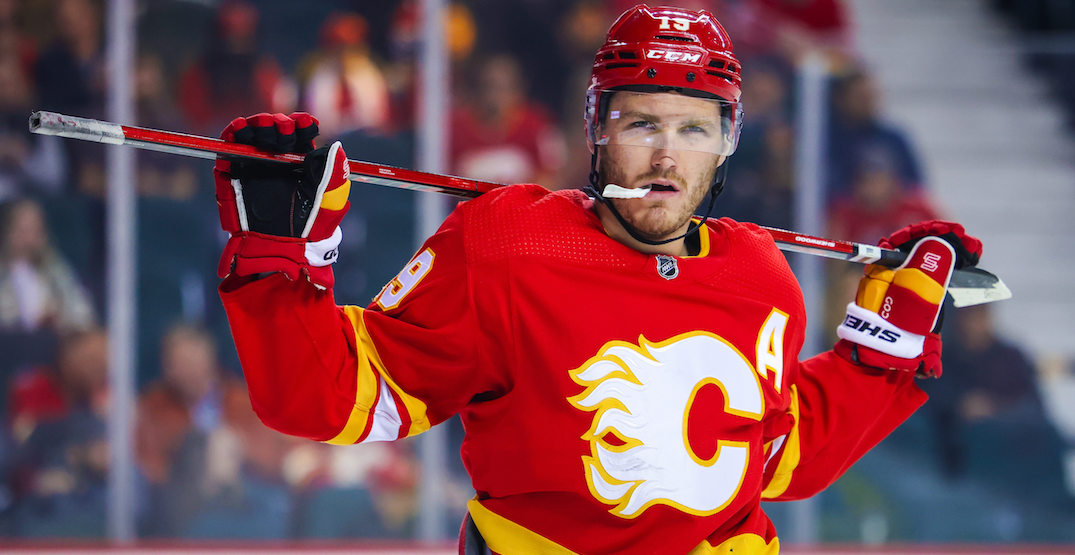 The Calgary Flames are looking for a home run in a Matthew Tkachuk trade, which now appears imminent.

Tkachuk is unwilling to sign a long-term contract with the Flames, making him likely to be traded according to a report by The Athletic.

It seems now that it’s a matter of when, not if, Tkachuk will be traded. Tkachuk and the Flames have an arbitration date set for August 11, making that a hard deadline for a trade to be completed.

According to a report from longtime USA Today hockey writer Kevin Allen, who now covers the Detroit Red Wings for HockeyBuzz, the Flames are looking for a big haul for Tkachuk.

And why wouldn’t they?

The Flames, Allen reports, are looking for a “top forward,” a “premium prospect,” and a first-round pick.

Will Flames GM Brad Treliving get what he’s looking for? We will soon find out.