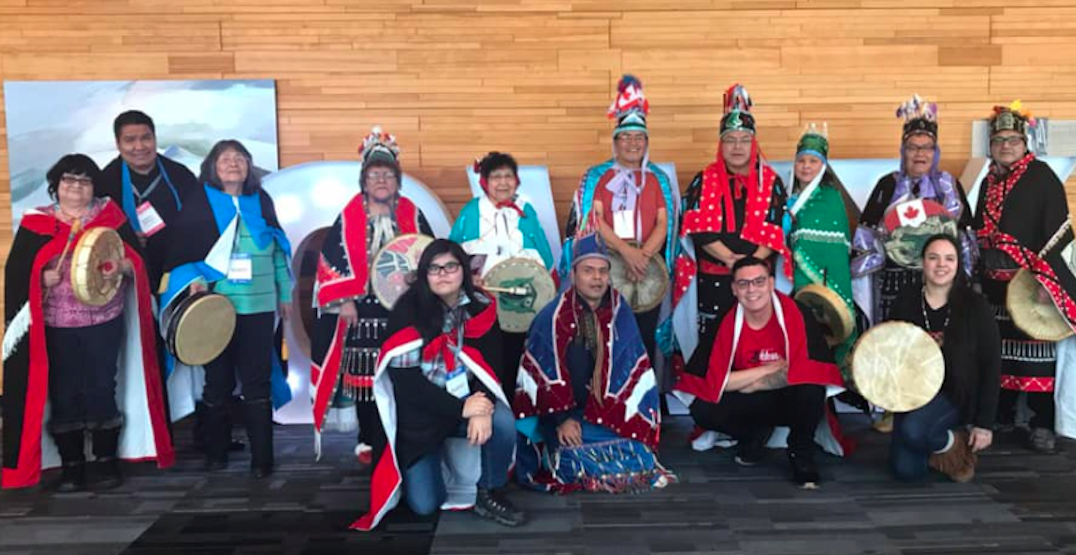 A First Nations group visiting Vancouver is grappling with the loss of what they said are irreplaceable drums, as well as other “regalia,” after the items were stolen this week in downtown Vancouver.

On Facebook, Darren Patrick said the items were stolen from a van belonging to the Lake Babine drummers/singers while it was parked at the Delta Hotel on Hastings earlier this week.

He described the stolen goods as “irreplaceable,” noting that it is “traditional regalia used for ceremonies and traditional practices.”

Many of the group’s members, he added, are elders who came to Vancouver “to do an opening for the Gathering Wisdom Conference our on by the First Nations Health Authority.”

Patrick also shared a picture of the group, in which he said members are wearing the regalia. “There may also be some blankets with the logo on the back.”

Patrick is asking anyone who may have information on the incident and/or the whereabouts of the stolen items to contact the Vancouver Police Department, who also tweeted about the incident.

Drummers and singers from the Lake Babine Nation discovered the theft of irreplaceable regalia and drums from their van parked in the 600 block of Richards Street yesterday morning. If you have information about this theft, please call Vancouver Police. pic.twitter.com/kZQtes9P6H