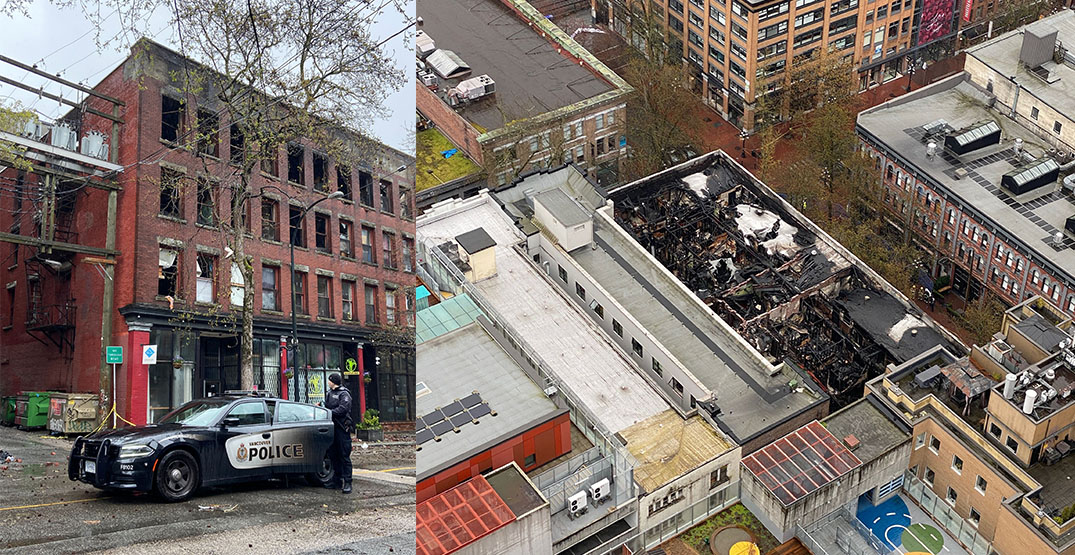 A preliminary investigation conducted by Vancouver Fire and Rescue Services has revealed the cause of the fire at the Winters Hotel on 203 Abbott Street in Gastown.

The fire broke out on Monday, April 11, and started in a second floor unit.

Unattended candles were the source of the fire, and it has been ruled accidental.

The investigation also reveals that the fire was detected by supervisory staff who were conducting a fire watch.

“They attempted to extinguish the fire but were unsuccessful in their efforts. They quickly transitioned to alerting the occupants in the building.”

Five residents were rescued from the building, and five were transported to the hospital.

The statement from Vancouver Fire and Rescue Services suggests that the building actually had another fire three days before the April 11 incident, on Friday April 8, 2022. That fire was extinguished by the building sprinkler system, and at that time fire crews actually shut the system off.

A Notice of Violation was filed to “have the fire life safety systems to be serviced.”

The statement adds that the violation is a standard process when a sprinkler system is activated.