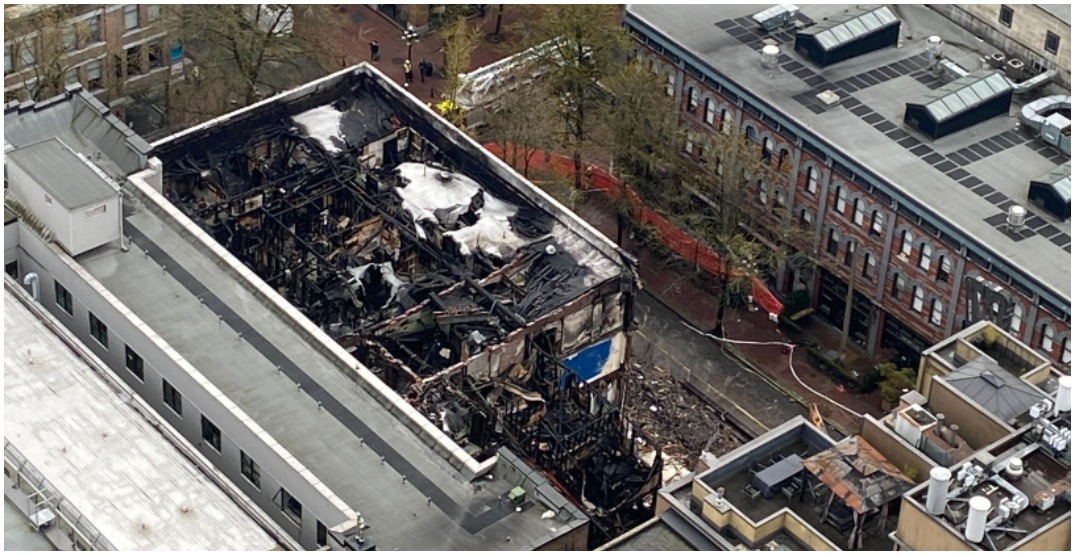 A second body has now been found in the rubble after the deadly fire at the Winters Hotel in Gastown earlier this month. 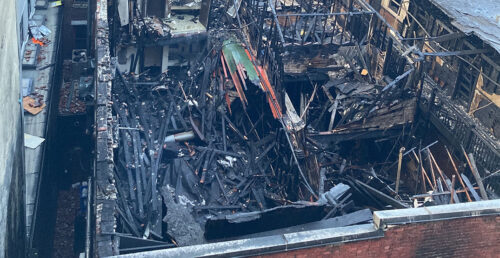 In an update late Friday afternoon, Vancouver Fire and Rescue Services (VFRS) confirmed that a second body was located at 203 Abbott Street.

“Through the process, investigators and the demolition crew have been mindful individuals may be in the building, and have been proceeding with appropriate precaution and care.”

Earlier in the day, crews confirmed the discovery of a body.

“The fire was too extensive and situation deemed too dangerous to allow firefighters into areas on floor two (where the fire originated) and above, which means an ‘all clear’ was not determined,” VFRS said in a statement. 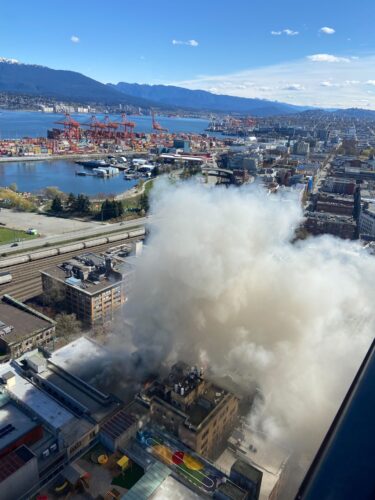 As with the first instance, the investigation has been referred by VFRS to the Vancouver Police Department who engaged the BC Coroners Service.

The release says the demolition “has paused for the weekend and will resume on Monday.”

Power is set to be restored to the neighbourhood through the weekend, while security fencing and security staff will remain in place.

On April 11, a fire ravaged the Winters Hotel and the building was deemed structurally unsound and ordered demolished by the City’s Chief Building Official.