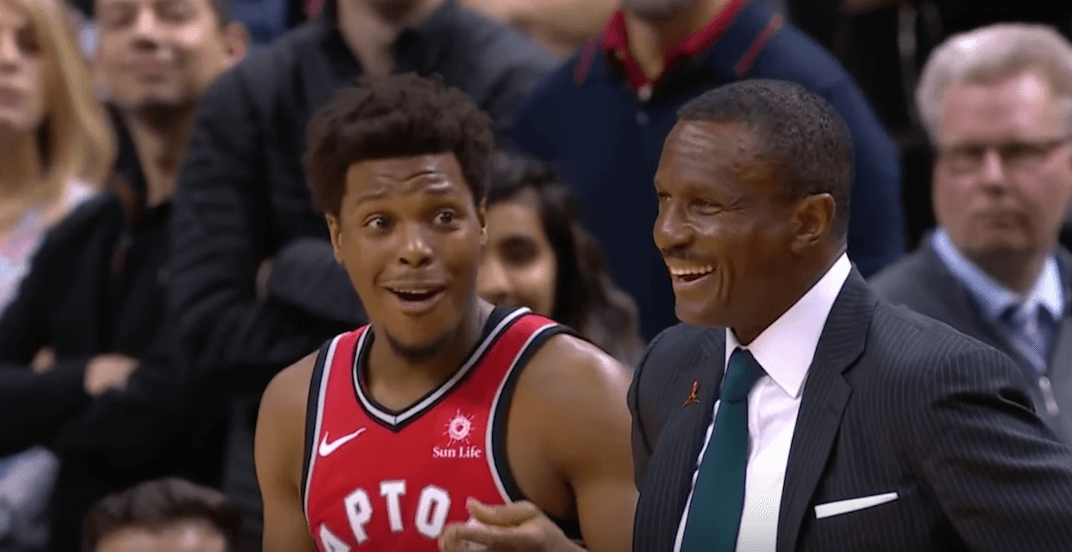 Well this is awkward…

Dwane Casey doesn’t have a job, but he was named a finalist for NBA Coach of the Year on Wednesday.

The three finalists for NBA Coach of the Year… Dwane Casey, Quin Snyder and Brad Stevens!

Casey, who was already named the top coach this season by his peers, was fired by the Toronto Raptors on Friday. In an unusual turn of events, Casey was let go after leading his team to the most successful season in team history.

The Raptors, to their credit, acknowledged their longtime coach on social media:

Think the internet would let that one go quietly? Not a chance…

Wait a second. Didn’t you guys just fire him? Yeah he deserves congrats but probably not best coming from your organization. Your players sure but not the organization

Have you no shame?

This is so damn cold blooded!

In far less awkward news, a current member of the Raptors was named a finalist for another NBA award.

Guard Fred Van Vleet is up for the Sixth Man Award. He’s up against Eric Gordon (Houston Rockets) and Lou Williams (LA Clippers).

We’ll find out if Casey and Van Vleet are winners in their respective categories at the NBA Awards on June 25.

Defensive Player of the Year

Coach of the Year