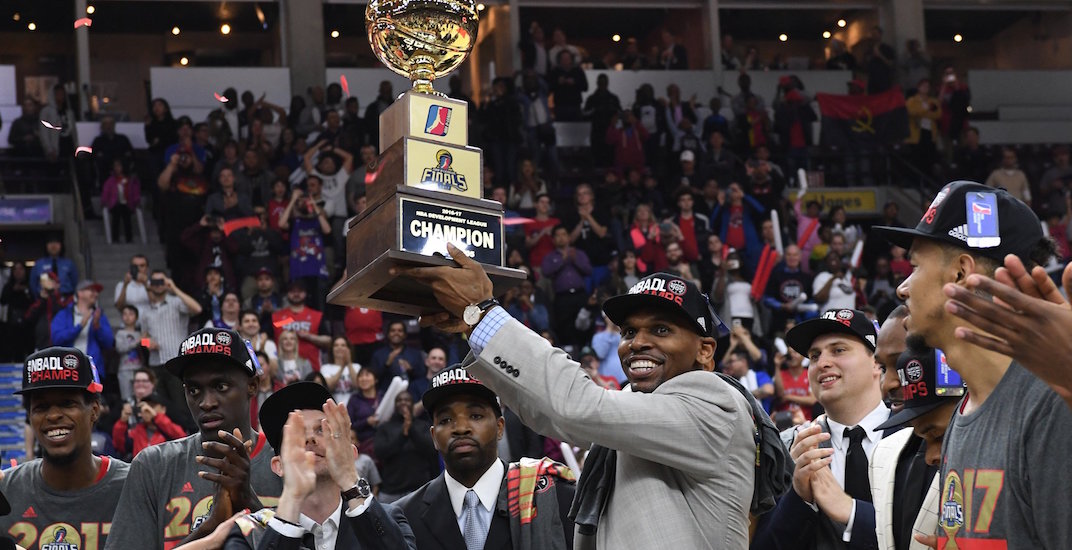 The Toronto Raptors dropped a bombshell on Friday, announcing that they have fired head coach Dwane Casey, despite the fact that his peers named him Coach of the Year two days earlier.

“After careful consideration, I have decided this is a very difficult but necessary step the franchise must take,” Ujiri said in a release. “As a team, we are constantly trying to grow and improve in order to get to the next level.”

Getting to the next level is exactly what Toronto is hoping to do, as for the second year in a row, they were swept by the Cleveland Cavaliers.

With Casey gone, Toronto has several options to hire as their next head coach. Here are four of the strongest available candidates:

The former Atlanta Hawks head coach Mike Budenholzer has skyrocketed to the top of the list.

Budenholzer had a great stint in Atlanta over the past five seasons as head coach of the Hawks, where he posted a 213-197 record with four playoff appearances and won Coach of the Year in 2015. Budenholzer also led Atlanta to the Eastern Conference Finals in 2014-15 before ultimately being eliminated by, yup you guessed it, LeBron James and the Cleveland Cavaliers.

Why Budenholzer makes sense to be the next head coach in Toronto is quite simple. He brings something that Casey never seemed he could do, and that is making in-game adjustments.

Ultimately, Budenholzer, may not be a better coach than Casey, but he coaches differently and that may be exactly what Toronto needs.

Nick Nurse has been Casey’s right-hand man since joining Toronto’s coaching staff in 2013 after winning a D-League championship with the Rio Grande Valley Vipers. Nurse, over the past couple of seasons, has been tasked with coaching the offence and has done a phenomenal job.

While Toronto’s offence was heavy ‘iso ball’ over the past couple of seasons, Nurse was the man behind the change in offence and decided to preach ball movement which helped the Raptors win 59 games this season.

Nurse seems like a logical fit because he has experience coaching this team, but he doesn’t have NBA head coaching experience, so that may work against him.

Jerry Stackhouse has been at the centre of NBA head coaching openings for the last little while after leading Raptors 905 — Toronto’s G League team — to a championship in his first year and back to the Finals in his second.

Talking to several 905 players over the past two seasons, all of them have said the same thing: Stackhouse is the best coach they have ever had and they know he will succeed as an NBA coach. Obviously, no one truly knows that, but all the players respect Stackhouse and was a mentor to the younger players late in his NBA career with the Brooklyn Nets.

Something that is working on Stackhouse’s side is that he has coached a lot of the Raptors bench players, as they were all with the 905 at some time.

Like Nurse, Kalamian has been around this core for awhile and knows the players well, which will either work for him or against him.

However, Kalamian is a respected assistant coach by the front office and the players in Toronto while being a highly-respected coach by the NBA. Over the past couple of years, teams like the Washington Wizards and Houston Rockets have reached out to Kalamian to lead their defence and be their top assistant coach.