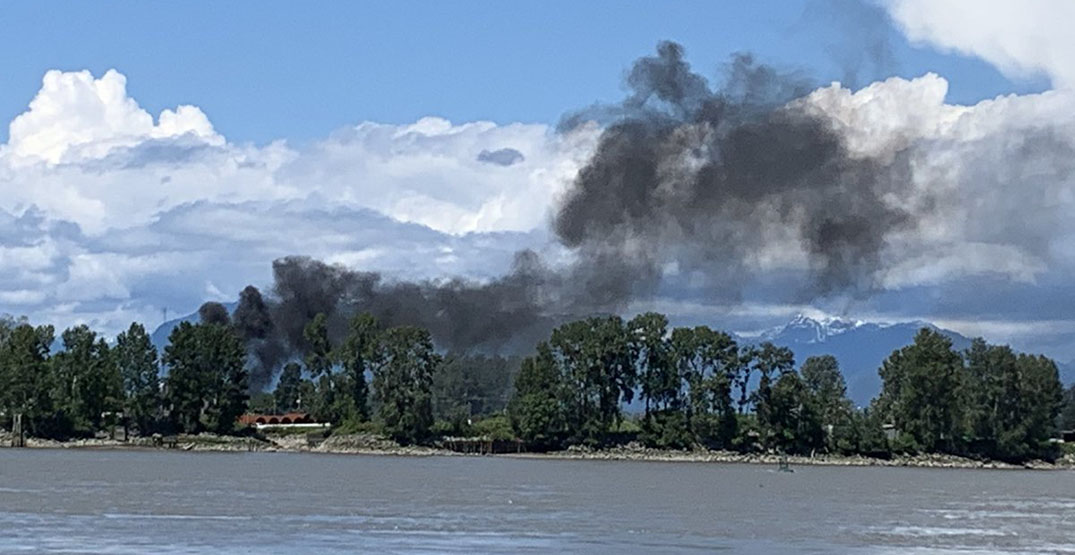 BC’s Highway 99 is closed in both directions at the Massey Tunnel because of a vehicle fire, Drive BC tweeted Sunday afternoon.

Images from the scene shows a blue transport truck engulfed in flames at the side of the road. 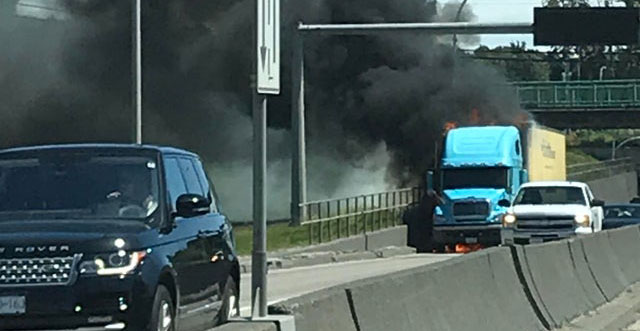 Drive BC tweeted that the fire started a little after 2 pm just outside the north end of the tunnel in the right lane.

#BCHwy99 – NB Vehicle fire just outside of the north end of #GeorgeMasseyTunnel in the right lane. Crews are en route, expect delays in the area #DeltaBC #RichmondBC

A little later, it tweeted that the highway was closed in both directions because of the fire.

Drive BC told motorists to expect delays and avoid the area if they can.

The tunnel connects Richmond and Delta underneath the Fraser River, and is usually a bottleneck point.