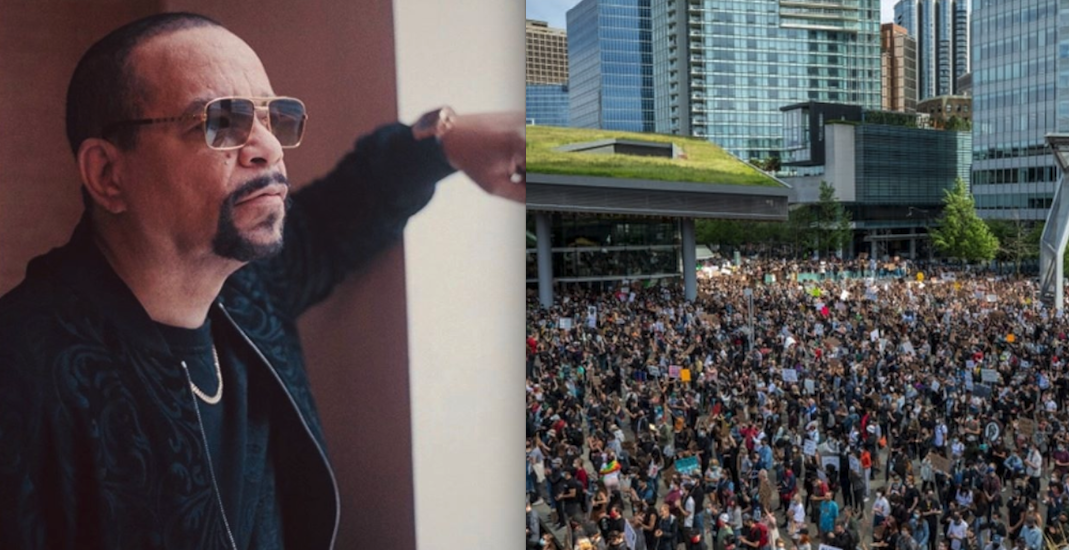 American rapper, record producer, and actor, Ice T, has recognized Vancouver for its “powerful” turnout to Friday’s protest against racism, police brutality, and injustice following George Floyd’s death at the hands of police.

Members of Metro Vancouver’s Black community gave moving speeches about their own lived experiences as Black Canadians and performed music and poetry to honour the lives lost to police brutality and stand against racism in all its forms.

The continuing demonstrations across the continent started after video emerged of former Minneapolis police officer Derek Chauvin kneeling on Floyd’s neck for several minutes as Floyd cried out that he couldn’t breathe. Nearly two weeks after Floyd’s death on May 25, demonstrations are still going on in many North American cities.