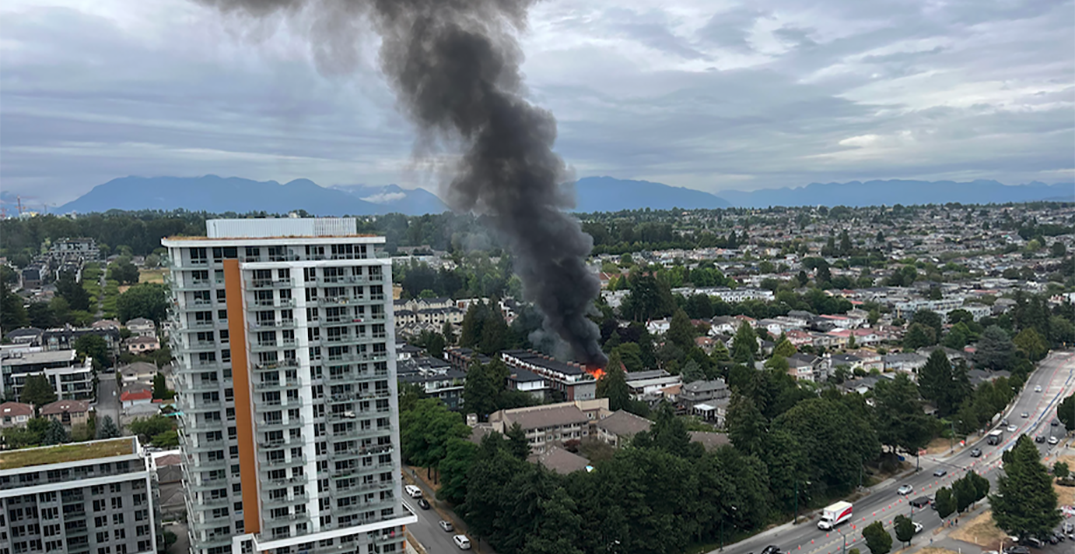 Vancouver firefighters battled a blaze Wednesday afternoon that sent a huge plume of smoke into the sky.

The fire broke out in South Vancouver near Marine Drive Station, according to witnesses who captured photos and video of the flames.

The smoke was funnelling into the sky just before 5 pm, and one witness said the fire spread from one building to another.

Fire crews are helping but my non-fire expert self now sees the adjacent building also on fire. pic.twitter.com/pjG5Z7gaGB

The fire burned among houses next to the highrises at Marine Drive Station. 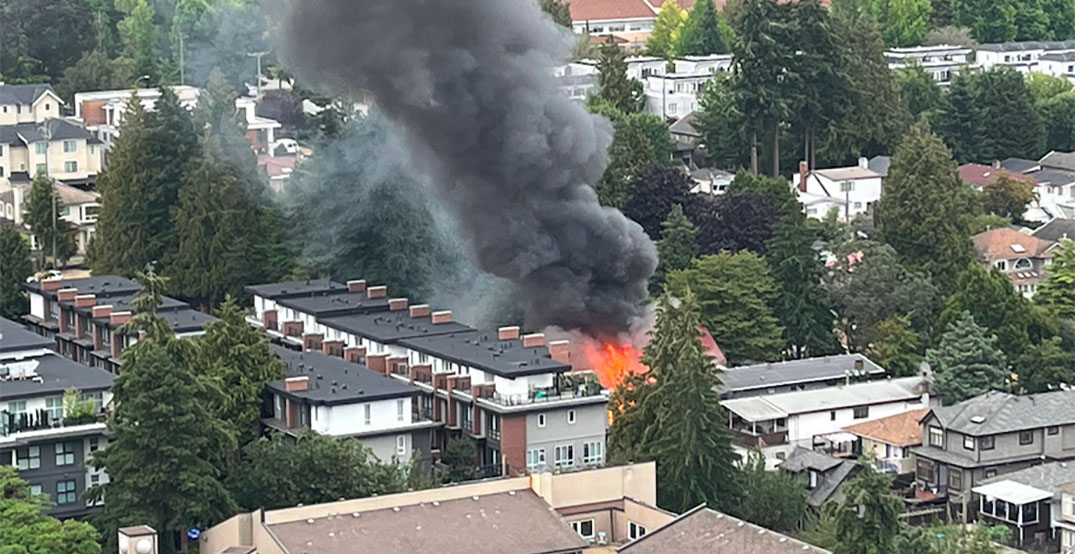 Daily Hive has reached out to Vancouver Fire-Rescue Services for details on what happened but has not yet heard back.